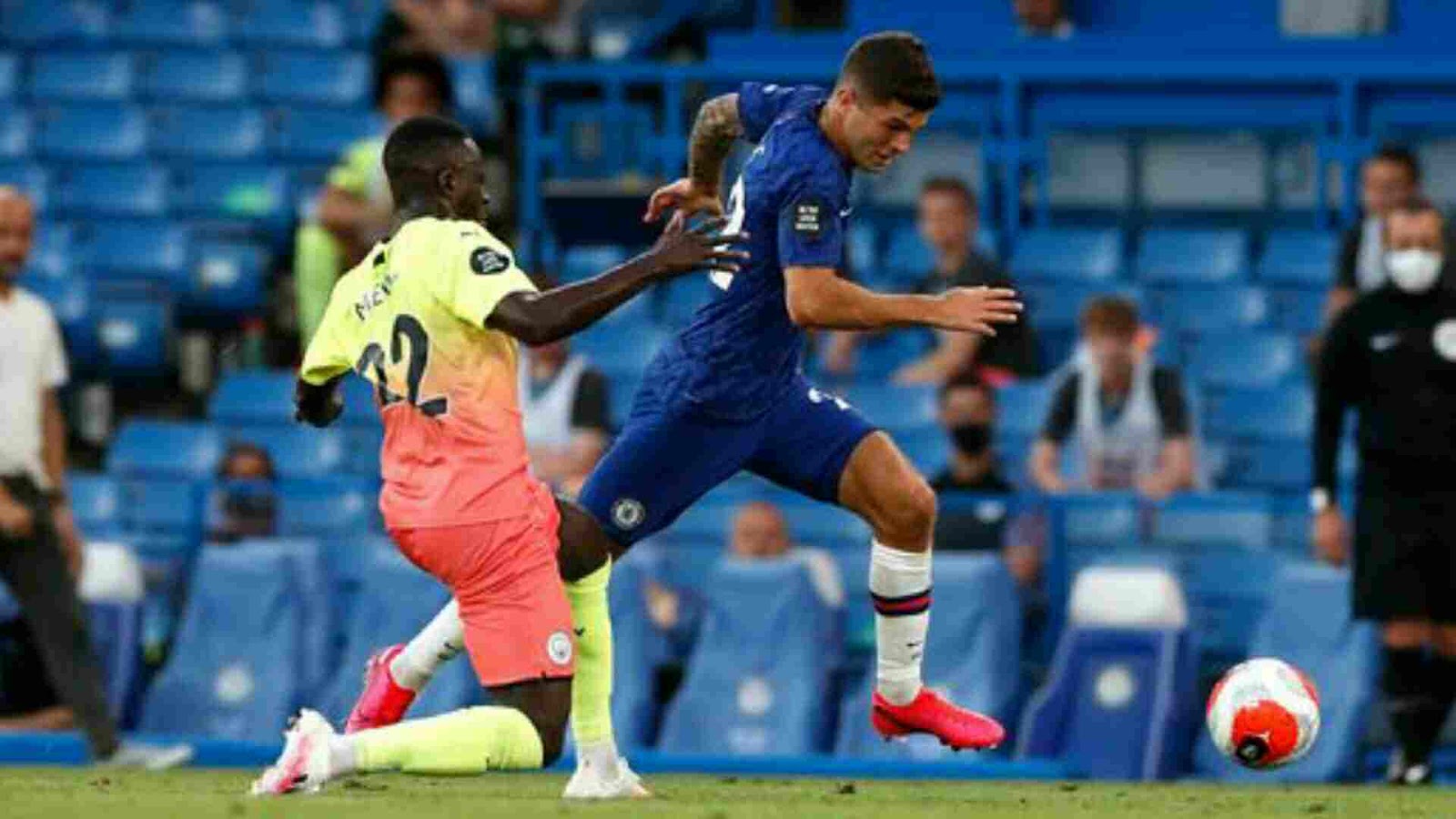 Manchester City fans are furious with Benjamin Mendy after his calamitous mistake saw the club go a goal behind against Chelsea from home at Stamford Bridge in London in the Premier League on Thursday evening.

As Chelsea cleared the ball the Frenchman went to gather it but then he played a wayward pass which was intercepted by Christian Pulisic, who broke with pace

Mendy attempted to chase the American down but he was left in the dust as Pulisic slotted past Ederson.

Benjamin Mendy simply had an outing to forget. His crossing was hit and miss, too, rendering him a liability on the day. He was subbed off for Oleksandr Zinchenko before the hour mark.

Many Man City Fans have reacted to the 25-year-old’s mistake and the huge impact it could have on Manchester City’s season.

Is Mendy normal guys? #mcfc this is the second time his doing this.

What on Earth is Mendy doing there? #mcfc

>Think Mendy may have played his last game for Manchester City😱

on the goal he made 4 separate errors in a few seconds. Continued to run to the ball, then played it, then attempted tackle when should have just held up/forced inside then challenged lamely with wrong foot. 90k/wk lovely.

Such a disappointment after a good start to his CITY career pre-injury.

Oh Rodney Rodney… he’ll start against Newcastle, in the Cup, on Sunday & then play the majority of games through to the Champions League final in Lisbon. Where he’ll lead the post match celebrations, after running Bayern ragged…
😎🏆🏆🏆🏆🦈🎗 #KeepTheFaith pic.twitter.com/Bq2Wy6Z5K8

Mendy did cause the first goal, but the whole team played underwhelming. Sterling and Ederson were really poor. But the tactic was weird. Playing without an attacker and having KDB play way up front where he can’t create for us… We just couldn’t break their defence.

Manchester City now have little to play for in the Premier League now and must shift their focus to the cup competitions.