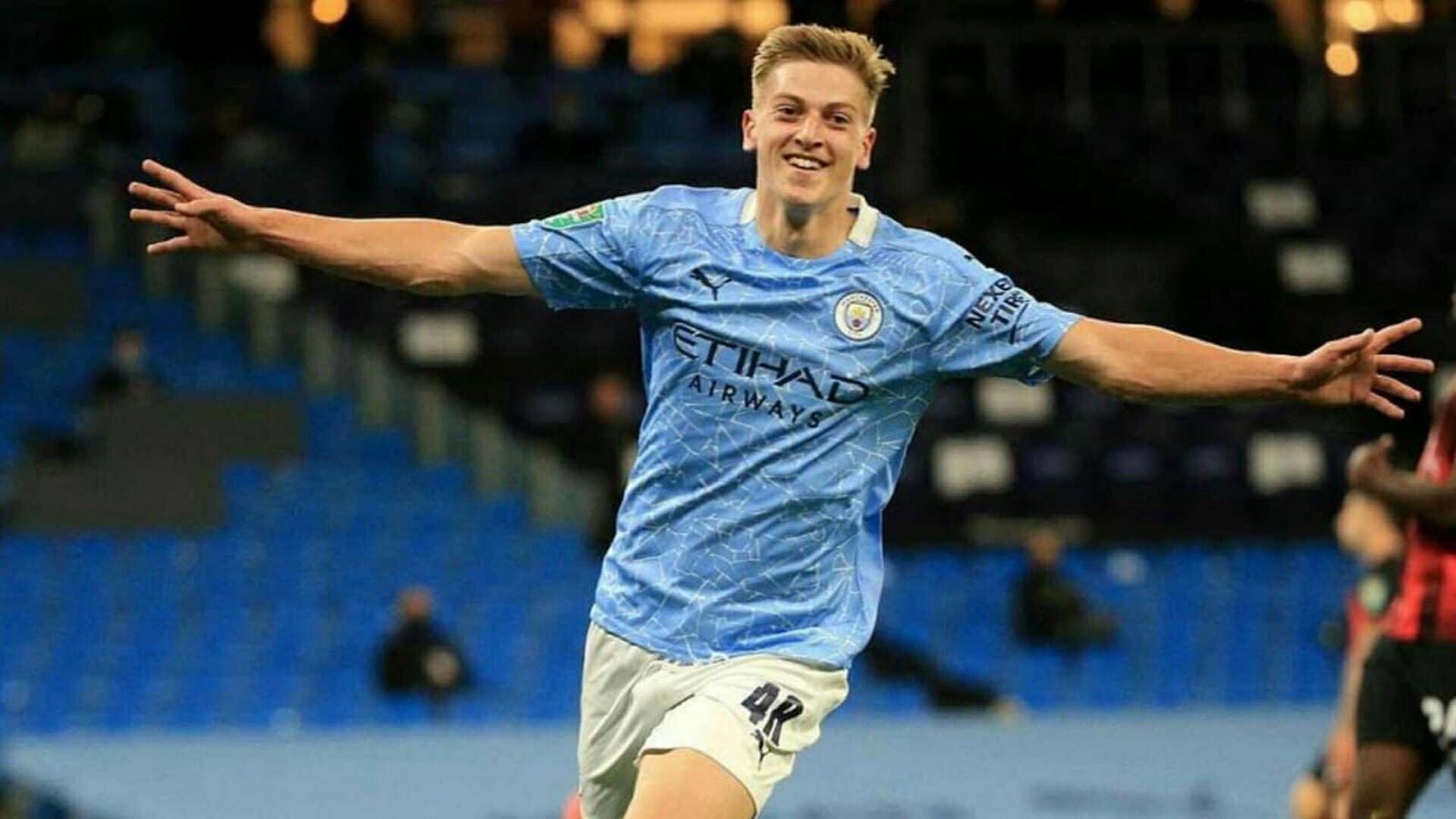 Manchester City fans are raving about Liam Delap who is one of City’s most exciting prospects after he scored on his senior debut against Bournemouth in the Carabao Cup.

Liam Delap, son of former Stoke midfielder Rory Delap, took just 18 minutes to score on his City debut with a fine finish into the top corner from Foden’s pass.

However, the lead lasted just four minutes as Bournemouth’s Sam Sturridge spun inside the City box before firing into the far corner.

Guardiola introduced the artillery he had on the bench after half-time in Kevin de Bruyne and Raheem Sterling, but it was another first-team regular in Foden who made the breakthrough after Riyad Mahrez’s shot came back off the post. City will travel to Burnley in the last 16.

Still just 17,Delap has now propelled himself into the history books by making an immediate impact on his debut in the Carabao Cup match.

He was cool, composed, and looked absolutely ready for the first team. With Sergio Agüero injured, he proved himself worthy of a regular bench role in the near future.

He joined Man City from Derby County in 2019 and was part of the team that won the Under-18 Premier League title last season.

➽ ‘If they get him, we’re done’ – Fans reacts as Liverpool ‘actively trying to sign’ Man City defensive target

Man City fans have been left impressed with Delap’s performance in his Senior debut for the club.

Loved him ! He’s a monster. Bullied everyone, doesn’t care one bit and just goes straight into it

I like him. Arrogant, ballsy, aggressive. Just the 3rd striker we need.

Having seen @liamdelap in Academy games and in training. His goals to chances ratio is high. Probably the best I’ve seen in a long time. The kids a talent for sure. #MCIBOU

Can see Liam Delap being part of the first team after tonight. The kid is a lethal striker and he’s physically ready for the highest level.