‘Hand’s off’, ‘Not for sell’, – Fans reacts to Real Madrid’s interest in Man City academy wonderkid 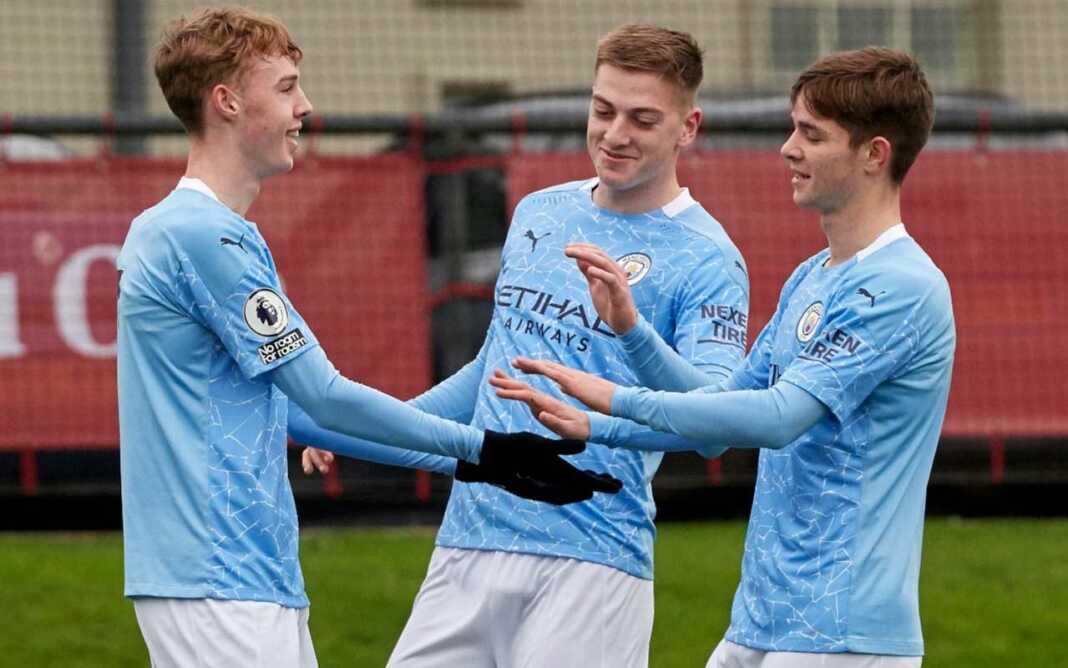 Manchester City Fans have been reacting to a post on Twitter which relays a report that claims Real Madrid are weighing up move for the club’s rising wonderkid Liam Delap.

The 18-year-old Manchester City academy striker made his Premier League debut earlier this season and the future looks extremely bright for the uncompromising talisman.

According to journalist Paul Brown of Daily Star, Real Madrid are keeping a close eye on the remarkable emerging talents – who remains under contract at the Etihad Stadium until 2023.

The report adds that the La Liga club have made contact with the 18 year-old’s representatives to declare an interest and are monitoring his development closely, with club scouts ‘raving’ about the forward.

Delap is proving to be a bit of a goal machine at the Etihad Stadium. He has now found the net 20 times for the under-23s in just 15 appearances.

we can’t leave him go

He is not for sell.

Genuinely would be depressed if Liam left, besides the obvious ability, he’s such a likeable dude

Diaz part 2 in the making if he goes there

I will not forgive man city if they do this. Why can’t they give him chance in the first team

if we get a good deal for him then he can go , he will never make it at city just because the level we’re trying to compete at is very high. We’re potentially on course to winning the quadruple we don’t need him + he will get limited opportunities

Share
Facebook
Twitter
Pinterest
WhatsApp
Previous article‘I don’t know if it will be Barçelona’ – Manchester City man opens up on his future
Next article‘He’s done it again that Txiki’, ‘Not a bad deal’ – Man City fans reacts to latest Nuno Mendes transfer update