‘Different class’, ‘Might be our best ever’ – Man City Fans laud Ruben Dias for his Leicester performance 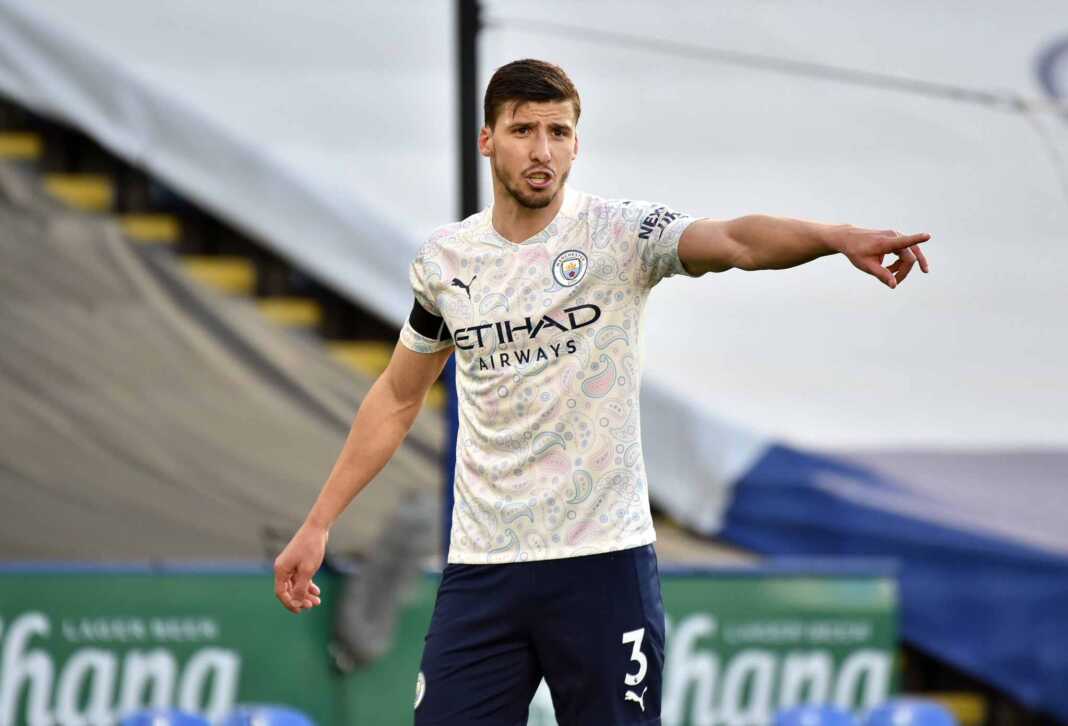 Manchester City fans have been hailing Ruben Dias following his performance against Leicester City, branding him ‘different class’ and ‘the real deal’.

The Cityzens edged closer to the Premier League title with an impressive 2-0 at Leicester City on Saturday.

Goals from Benjamin Mendy and Gabriel Jesus in the second half sent Pep Guardiola’s side 17 points clear at the top, having played two more games than second-placed Manchester United.

Manchester City won the game they may well have lost without Ruben Dias as they march towards the title.

This was another top showing from one of the best candidates for the Player of the Year award.

He led the defence, keeping a strong line to play Vardy offside late in the first half, and also Snaked out a boot to produce a brave block early in the second half.

Dias was helped out by a sharp defensive line from the rest of his back four, who seemed to benefit from his leadership experience.

Thanks to him, Man City have kept more clean sheets [28] and conceded fewer goals [26] in all competitions this season than any other side in Europe’s top five leagues.

City fans, then, were all over Twitter praising Dias for his display. Here’s what some of them had to say on Twitter…

Another clean sheet and win for Manchester City Ruben Dias being a vital part of it if you don’t Ruben Dias i feel sorry for you , the impact he has on city is immense 100% a contender for player of the year

Ruben Dias is the real deal Isn’t he

Bias aside, Ruben Dias is player of the year.

City need another 11 points to win their third title in four years. The result sees Leicester remain in third place with eight matches remaining in the season.

Share
Facebook
Twitter
Pinterest
WhatsApp
Previous article‘That’ll be Mendy staying’, ‘need a special LB this summer’ – Fans reacts as Man City look to work out an advance deal for £59.5m-rated defender
Next article‘That’s unfortunate for him’, ‘not worth more than £60m’ – Fans reacts as Man City make major decision in their pursuit of £100m-rated international midfielder