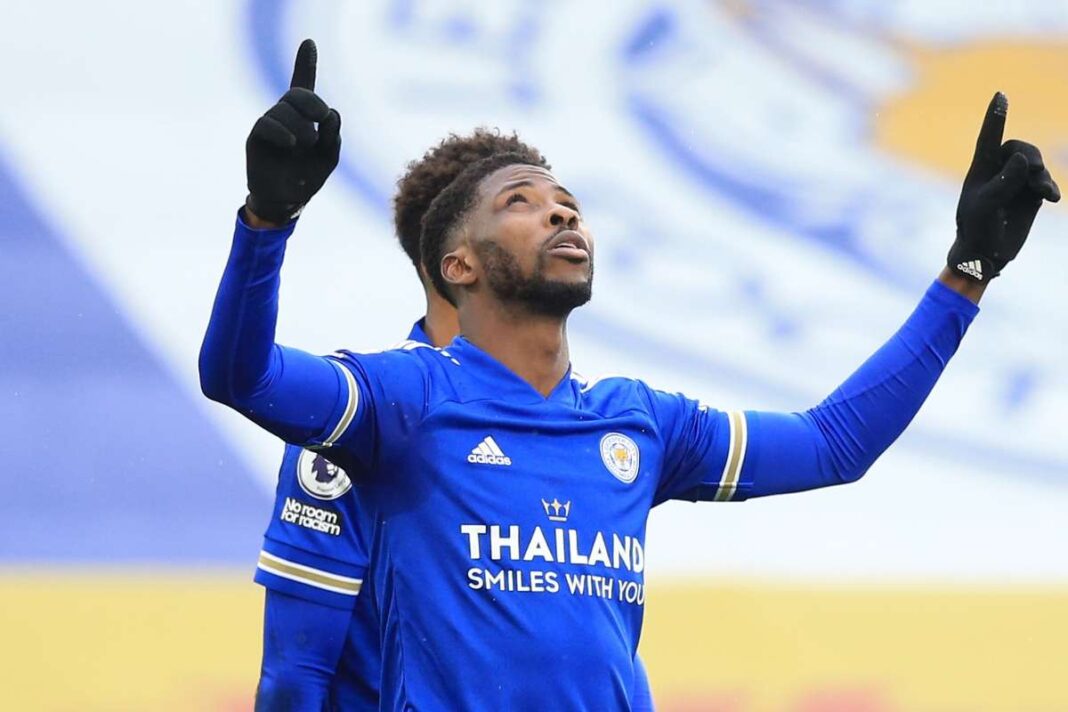 Some Manchester City Fans have been reacting to a post on Twitter, which relays a report that claims the club’s £50M buy-back option for Kelechi Iheanacho expired last summer.

The former City forward has been in superb form of late and underlined his quality after he recently scored his 14th goal in 14 matches for Leicester City.

The Nigeria forward’s tally stands at 17 in all competitions this season as he delivers on the promise shown as a youngster in Manchester City’s academy ranks.

When he first joined Leicester from City in 2017, City included a £50m buy-back clause. Many touted it as a bargain deal, and rightfully so.

Some City fans had suggested that the club should look to bring the African speedster back to the Etihad.

However, according to Daily Mail, City’s option to buy-back Kelechi Iheanacho for £50 million expired last summer.

In reaction to the report shared on twitter by City Xtra, many Man City fans have been expressing their thoughts and opinions.

Good , he shouldn’t come back let him do his thing at Leicester

As good as he is now, City had to let him go, otherwise he would not have reached this level

As good as he is now, City had to let him go, otherwise he would not have reached this level