‘What a signing that would be’, ‘truly world class’ – Some Fans reacts to Man City’s real striker target this summer 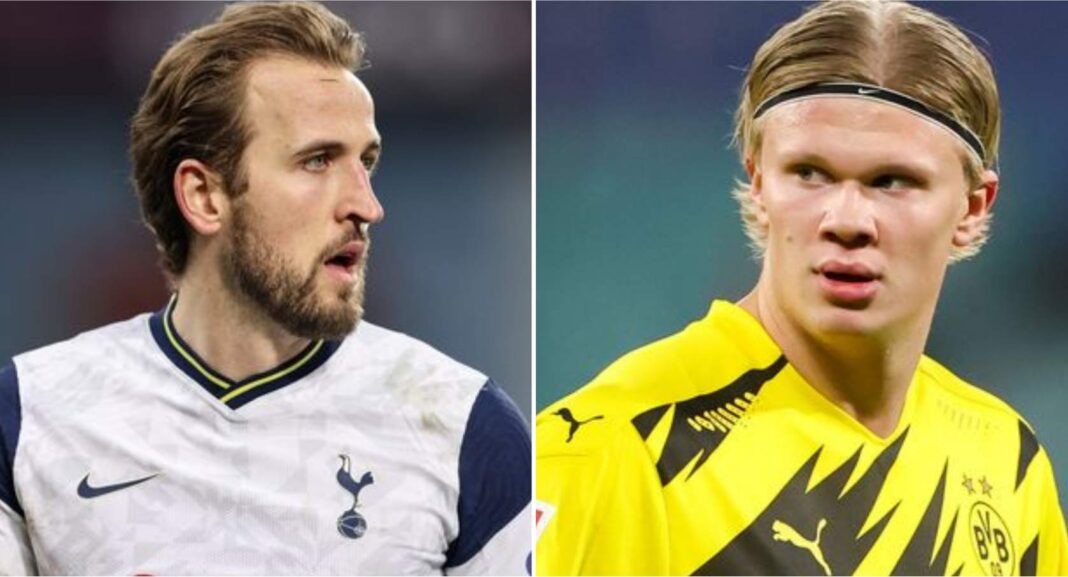 Manchester City fans have been reacting to a post on Twitter, which relays reports that claims the club is focusing their attention on Tottenham Hotspur striker Harry Kane, despite significant reports that their number one target would be Borussia Dortmund’s Erling Haaland.

The 27 year old Tottenham Hotspur forward is one of the names on City’s short list, along with Borussia Dortmund’s Haaland, PSG’s Kylian Mbappe, Inter Milan’s Romelu Lukaku and Lautaro Martínez, Southampton’s Danny Ings amongst others, as they seek to find a replacement for Sergio Aguero this summer.

The Independent earlier this week reported that City will ‘consider’ Harry Kane, should they fail to sign Erling Haaland this summer as they prefer to spend on a forward under the age of 24.

According to reliable insider Lu Martin as relayed by City Xtra, Manchester City’s ‘goal’ for the upcoming summer transfer window in the striker position is the Tottenham striker who is reported to be ‘a little fed up’ with current manager Jose Mourinho.

The report claims that Spur’s chairman Daniel Levy would be hesitant to sell to another English club, and even in the event of any transfer this summer, would be demanding fees in excess of £120 million for the England international.

Kane also has a proven record in the Premier League with over 160 goals in over 235 appearances since he made his league debut nine years ago.

Whether he can live up to Guardiola’s demands and to fill Sergio Aguero’s boots after he confirmed he’ll leave this summer remains to be seen, but he is undoubtedly a natural goalscorers; as his individual records shows.

In reaction to the report shared on Twitter by City Xtra and City Chief, Many man City fans have been expressing their thoughts and opinions.

I’d take him, proven prem striker and will get lots of service in our team

Haaland has the age advantage but Kane really is a better player at the moment. I’d be really happy if City would sign either.

Not a smart choice if it’s true

Perfect for City tbh. What a signing that would be.

Everyone gets sick of Jose in the end, literally everyone.

no Håland no party

Kane is truly world class, dunno why you are complaining, sure it’s not Haaland but he was never an option if the wages being touted are true

Transfer fee would be more, but wages and agent fees wouldn’t be anywhere close to Haaland. Then again, he’s probably got 4 years left at the very top level, whereas Haaland has 10+. Pros and cons, but I’d be stoked at either. I’d say Kane probably fits best in this City side..

The only reason City would go that way is if they see Delap as the long term center forward.

Haaland or Kane and I’m satisfied 🙏🏼

Its koulibaly saga all over again,just prepare for txiki to completely suprise us