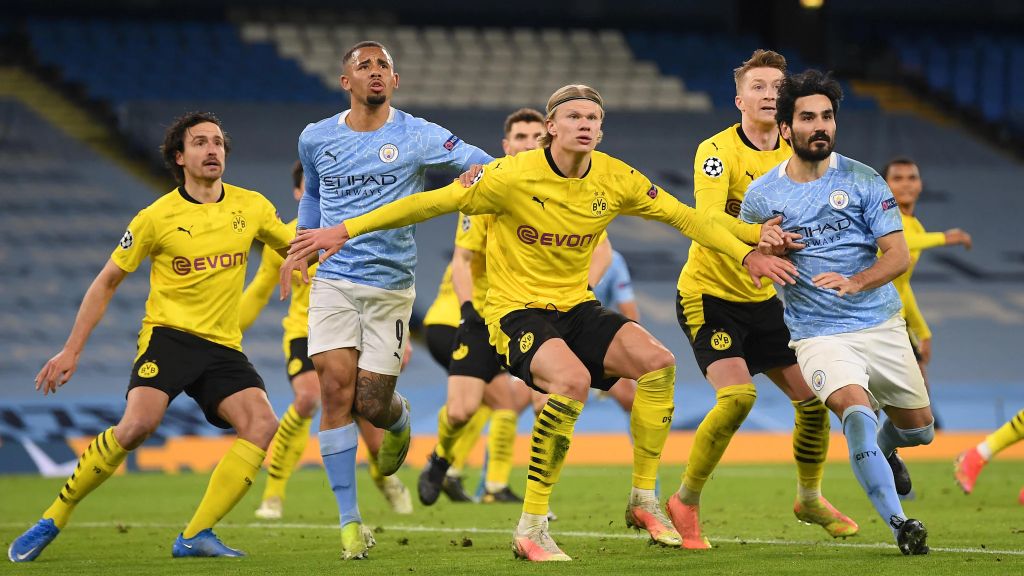 Borussia Dortmund boss Edin Terzic has provided a fitness update on his squad, ahead of the club’s upcoming showdown with Manchester City.

The Bundesliga giants will host the Premier League club, in the 2nd of two highly anticipated Champions League quarter-final clashes.

Pep Guardiola’s side currently hold a 2-1 advantage from the first-leg, and will make the trip to Germany on Wednesday night with the last four of Europe’s premier competition within touching distance.

Ahead of what will no doubt prove to be a thoroughly entertaining affair, Edin Terzic this afternoon held his pre-City press conference.

The Dortmund manager confirm Sancho has not yet recovered, therefore set to watch on from the sidelines once again against his former club:

‘Jadon won’t be at our disposal. He trained again, he is doing his best, we would like to have him available but he won’t be. We have to take our time with him.’

Updates were also provided on Marco Reus and Mats Hummels, both of whom were forced off during Dortmund’s hard-fought win at Stuttgart over the weekend.

‘There are a few slightly injured. We will have to wait. Marco Reus and Mats Hummels needed to be substituted and leave the pitch on Saturday,’ Edin said.

‘We have another training session and we will see who will be at our disposal.’

In reaction to the news shared on Twitter by Man City Xtra, many Man City fans have been expressing their thoughts and opinions.

Thankfully they are well

Good we have to beat the best

they’ll most likely have to undergo a late fitness test tho, cos they could be like sancho not fit enough to play but back from injury

Not hoping they’re injured I’m hoping they don’t play because they’re better with them. I don’t care if we beat them with or without those players, but if it makes it easier to play against, why wouldn’t we want them not playing?

We want to face their best 11.

That’s our level. And we want to win.