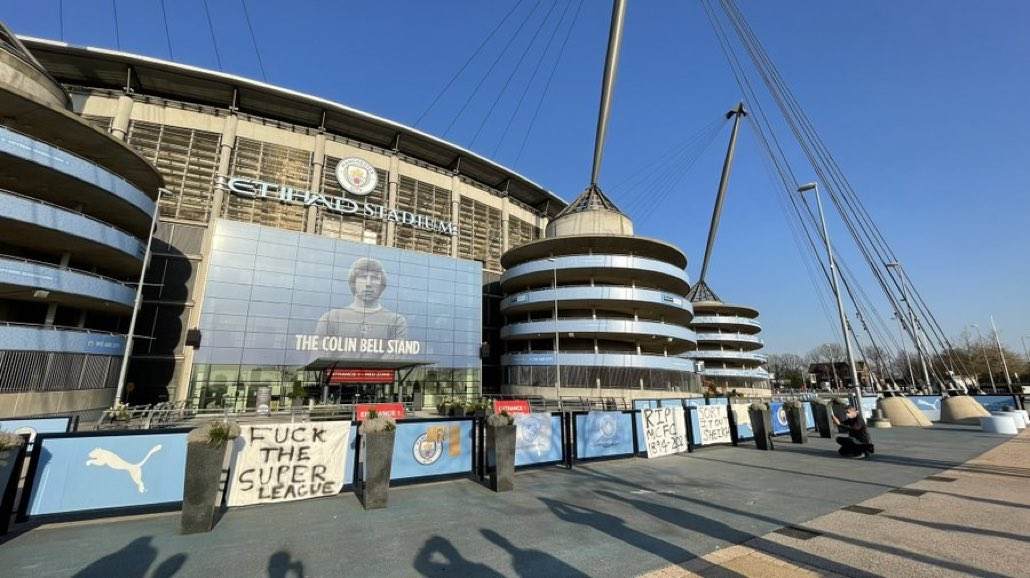 Manchester City Fans have been reacting to a post on Twitter which relays a report that claims the club has no plans to explain themselves publicly to supporters over the next few days on the European Super League switch.

Man City confirmed in an official statement on Sunday night that plans for the formation of a European Super League, revealed details around the new competition’s structure and said that those clubs want to remain part of their domestic leagues.

According to Manchester Evening News’ Simon Bajkowski, Despite the horror from Blues at a faceless statement about the new proposal on the club website, there are no plans at Manchester City to explain themselves publicly to supporters over the next few days.

However, it has been claimed that the club have already reached out privately to some fans, although details of these conversations are currently unknown.

In reaction to the news shared on Twitter by Man City Xtra and City Chief, many Manchester City fans have make their feelings known towards the club.

Also Read
‘Please no’, ‘would rather Nkunku or vlahovic’ – Some Man City Fans flock as Darwin Nunez transfer rumour emerges
‘We’re massive’, ‘He is already a Mancunian’ – Many Man City Fans react to Guardiola’s comment on exit plan
‘Why would he downgrade’, ‘pain pain’, ‘might just cry’ – Many Man City fans react as Barcelona ‘close agreement’ with Ferran Torres

Disgusted at my own club

If you make a decision and aren’t even proud enough to release it, why make the decision?

The least they can do is explain themselves to the fans. Bunch of spineless twats

So now they choose which fans to tell and not to tell. The fans will also be selected by the club and stamped by them as real fans.

Assume the fans they’ve reached out were in the tunnel club or the corporate boxes…not they guy/girl in the south stand.

Anyone who they’ve reached out to, what have they said

Pure contempt. Some fans more important than others?

Some Man City fans even went ahead to gather outside Etihad Stadium on Monday afternoon to protest and express their feelings towards the club against European Super League switch.