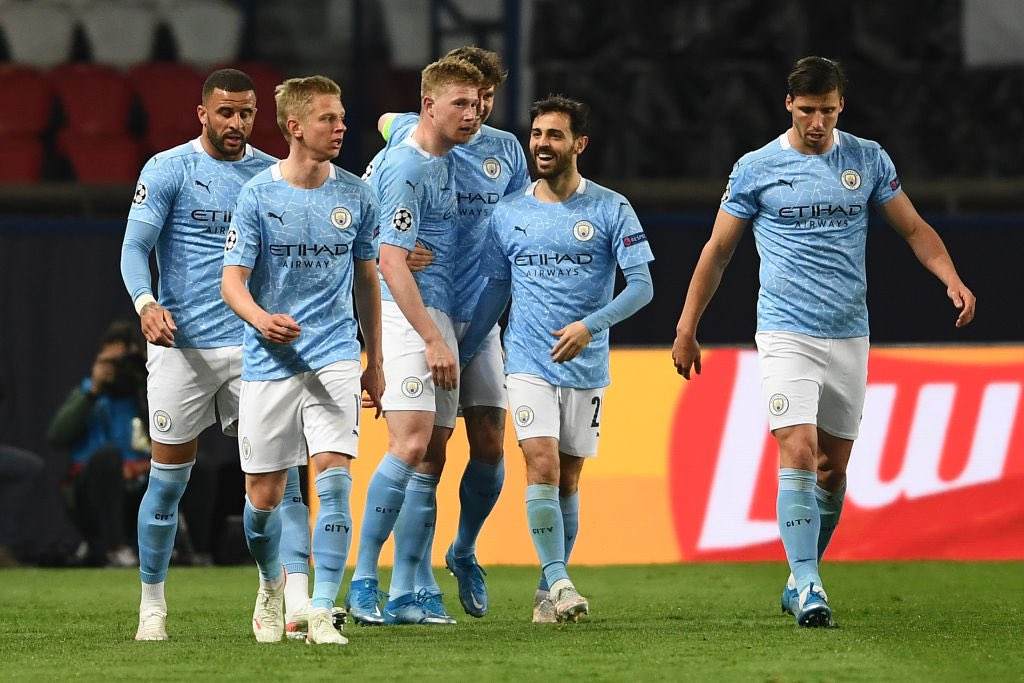 Manchester City fans have reacted to Bernardo Silva’s outstanding performance as the Premier League champions-elect claimed a 2-1 win over Paris Saint-Germain away from home.

The Cityzens produced a superb second-half fightback to claim a 2-1 advantage after the first leg of their Champions League semi-final against 10-man Paris St Germain in Paris.

The Premier League leaders were stung by an early Marquinhos goal as the hosts dominated the first half of a high-quality encounter at the Parc des Princes.

They responded brilliantly with Kevin De Bruyne equalising after 64 minutes and Riyad Mahrez firing home a free-kick soon after.

While De Bruyne and Mahrez got the goals, it was Bernardo Silva who was particularly impressive at times in the win.

City had a good chance to level before the break after Kyle Walker seized on a loose PSG pass to find Bernardo Silva.

The Portuguese then picked out Foden in space but the England international shot straight at Keylor Navas.

Went from holding midfielder to right wing at the flick of a switch, performing various roles for the team. His running paid off as the game went on.

In reaction, some fans of the club took to twitter voice their opinions on Silva’s performance.

In terms of playing style, Bernardo Silva really reminds me of David Silva 😅

Bernardo silva is the most under rated player on earth

For the umpteenth time, Bernardo Silva is an absolute baller.

Share
Facebook
Twitter
Pinterest
WhatsApp
Previous article‘Very good line up’, ‘it’s all on the players now’ – Fans reacts as Confirmed Man City starting XI emerges against PSG
Next article‘Let’s get him and win every trophy there is’ – Man City fans reacts as Pep Guardiola Makes Another Statement Over Messi’s Future