‘Things are getting interesting’, ‘who do we believe?’ – Man City fans reacts as Erling Haaland’s agent Mino Raiola makes claim over transfer reports 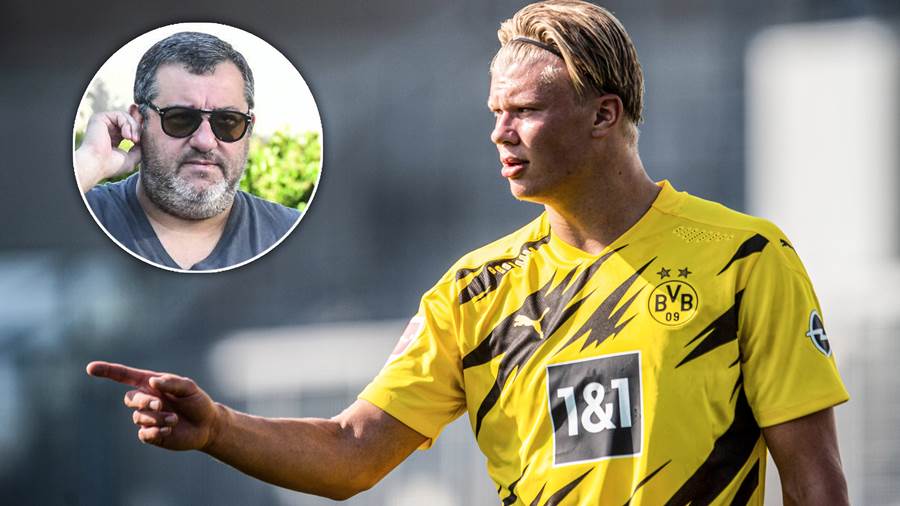 Borussia Dortmund superstar Erling Haaland‘s agent Mino Raiola has hit back at reports that suggested he had made staggering financial list of demands for clubs looking to sign the striker.

Haaland looks to set to leave Borussia Dortmund this summer after his father, Alf-Inge Haaland, and agent, Mino Raiola, were spotted in Spain this week.

The 20-year-old Norwegian goal machine tops City’s list of replacements, and will have to beat off competition from the likes of Manchester United, Chelsea, Real Madrid, Barcelona, Bayern Munich and Juventus among others for his signature.

RAC1 revealed on Sunday that Haaland’s father and his agent, Mino Raiola, have made a series of eye-watering demands to Barcelona.

They reportedly want a combined €40 million in agent fees (€20 million for Alf-Inge and €20 million for Raiola), an additional €30 million a year for the player, and for Lionel Messi to stay at Camp Nou.

Raiola reacted just hours after the reports via social media late on Sunday night, posting a video of screenshots of such reports to his social media with the word ‘fake’ following each screenshot.

He was then contacted by Gerard Romero, the journalist who broke the story while broadcasting live on Twitch – and here’s where things get interesting.

Per Barca Universal, translating the video, Romero said: “You’re saying my information is fake news, what’s that about?”

Raiola replied: “You’re crazy. Stop calling me. It’s not even a decent hour to call.”

The fact Romero was prepared to challenge Raiola live on air suggests he feels very confident about that information, which have raise eyebrows amongst some Man City fans who took to the social media to express yours thoughts and opinions.

Hmmmmmm things are getting interesting

So who do we believe

there’s no way raiola is calling other people crazy

Reminds me of what he said before Pogba joined yanited. Haaland is leaving this summer imo. The only question is where he’s gonna land pic.twitter.com/1aTCM3UW5h

Share
Facebook
Twitter
Pinterest
WhatsApp
Previous article‘Should go with what works, No need to be over clever’ – Man City Fans reacts as Guardiola makes claim about Dortmund and hints he WILL rotate in Champions league once again
Next articleManchester City ready to ‘listen’ to offers for €50m-rated star this summer – Report