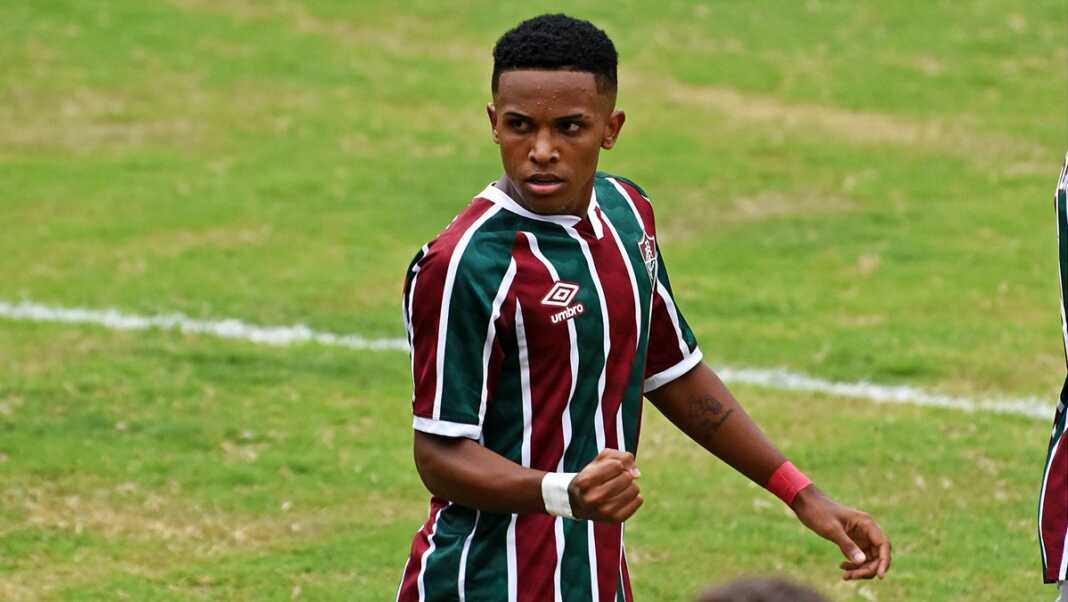 Manchester City Fans have been reacting to a post on Twitter, which relays another update on Fluminense’s Brazilian starlet Kayky.

The Cityzens have shown interest in the Fluminense FC forward Over the last couple of months, as the player is expected to make the move once he turns 18 years.

The teenager often compared to the likes of Neymar and Ronaldo could fetch a transfer fee of up to $30 million  – making him one of the most expensive 17-year-olds in football, per City Xtra.

According to Globo Esporte via Sport Witness, the sale of Kayky from Fluminense to City has been agreed since February, with the club spending €10M plus bonuses on the deal.

However, the report adds the Brazilian wonder kid can only move to the Etihad once he turns 18.

Also Read
‘Please no’, ‘would rather Nkunku or vlahovic’ – Some Man City Fans flock as Darwin Nunez transfer rumour emerges
Report: Pep Guardiola ready to sanction Raheem Sterling departure on one condition
‘We’re massive’, ‘He is already a Mancunian’ – Many Man City Fans react to Guardiola’s comment on exit plan

In reaction to the report shared on Twitter by City Xtra, Many Man City fans have expressed their thoughts and opinions.

Hoping this kid can turn out a star. A lot of talk about this kid.

Kayky is next Ronaldinho bro trust

Really young so the people need to be very patient with him and don’t put too much pressure on him due to his age. Still too much to learn of course but yes, will be GREAT diamond 😃😜

Great diamond that should jump straight City first team from next year. People should watch him this next season Serie A Brasilerao 2021 starting end of May with Fluminense. Fantastic talent

We should loan him out to dortmund after haaland gets sold