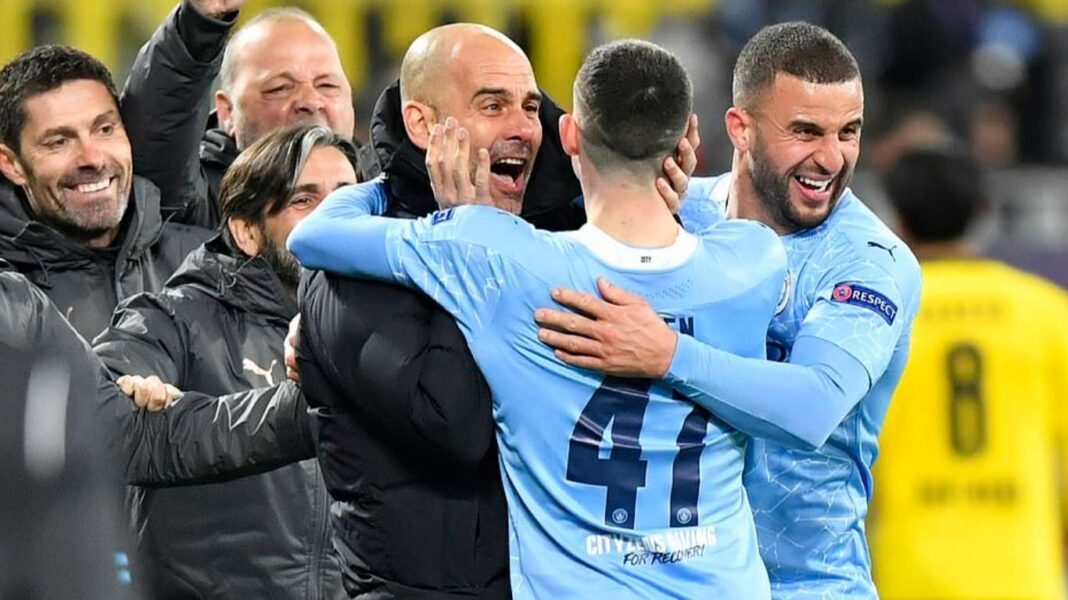 Manchester City fans were touched to see Phil Foden’s celebration after netting a crucial goal against Borussia Dortmund in the Champions League.

With 15 minutes left, Foden fired City into a 2-1 lead against Dortmund in the second leg, giving them a 4-2 lead in aggregate that secured a place in the Champions League semi-finals for the first time since Pep Guardiola took over at the club in 2016.

The goal was enough to secure City’s passage to the semi-finals and sparked pandemonium among the squad, with ecstatic Foden charged over to hug his manager before being mobbed in the dugout following his 75th-minute winner at the Westfalenstadion.

That came after 17-year-old England starlet Jude Bellingham had handed the hosts a shock lead after just 15 minutes, before a penalty from Riyad Mahrez shifted the initiative back to the visitors.

It was a moment that City fans were delighted by.

Foden hugging Pep after he scores.

Foden scores and got straight to Pep for a hug #Pep

OMG FODEN AND PEP IS CELEBRATING TOGETHER I’M GONNA CRY 😭

After falling at the quarter-final stages in the past, it represented a big step forward in City’s quest to win the Champions League.

Share
Facebook
Twitter
Pinterest
WhatsApp
Previous article‘Just on another planet’, ‘been outstanding all game’ – Some Man City Fans laud Kevin De Bruyne for his Dortmund performance in CL win
Next article‘Doubted he’d do that’, ‘Its okay as long as we beat PSG’ – Man City fans reacts to Phil Foden tweet aimed at Kylian Mbappe