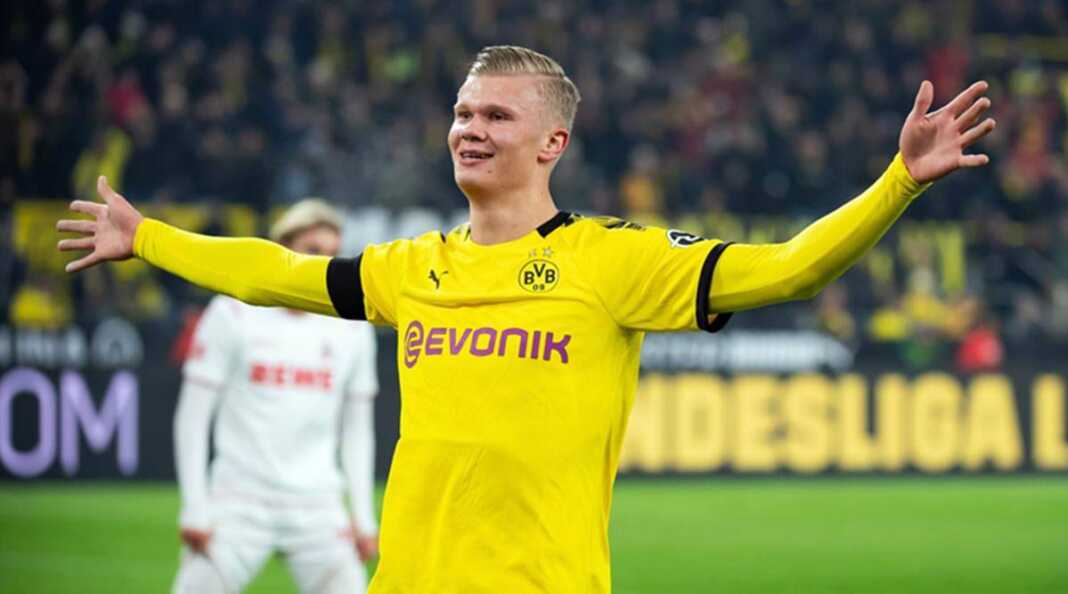 Manchester City fans have been reacting to a post on Twitter, which relays reports that claims the club will consider making a bid for Harry Kane if they are unable to sign their top transfer target this summer.

The Tottenham Hotspur forward is one of the names on City’s short list, along with Borussia Dortmund’s Haaland, PSG’s Kylian Mbappe, Inter Milan’s Romelu Lukaku and Lautaro Martínez, Southampton’s Danny Ings amongst others, as they seek to find a replacement for Sergio Aguero this summer.

According to the Independent, Man City will ‘consider’ Harry Kane, should they fail to sign Erling Haaland or Kylian Mbappe this summer.

The report claims City officials would prefer to spend on a forward under the age of 24 – with all signs pointing towards Haaland.

The 20-year-old Norwegian forward has proven he can be a deadly finisher with 33 goals in 34 games across all competitions at club level this season after his tally of 44 in 40 matches for both Dortmund and RB Salzburg last term.

Kane also has a proven record in the Premier League with over 160 goals in over 235 appearances since he made his league debut nine years ago. After years of reports linking him with a move away, the rumors may well come true as Kane, who still has over three years left on his deal may actually leave Tottenham Hotspur this summer.

Whether either of them can live up to Guardiola’s demands and to fill Sergio Aguero’s boots after he confirmed he’ll leave this summer remains to be seen, but they are undoubtedly natural goalscorers; as their individual records shows.

Haaland or Mbappe would be the dream!

One of them and it will be amazing 🤩

Honestly mbappe would be unreal

Kane is not a bad idea

I don’t see any club that will pay the fee Tottenham want.

Kane is a better option. Injury prone but at least Delap will have a chance

Unless City win the Champions League there is no chance Mbappe comes here. Even Haaland is only an option because of his personal connection here. Don’t know why we aren’t considering Andre Silva from Frankfurt, much cheaper option and similar output to Haaland currently.