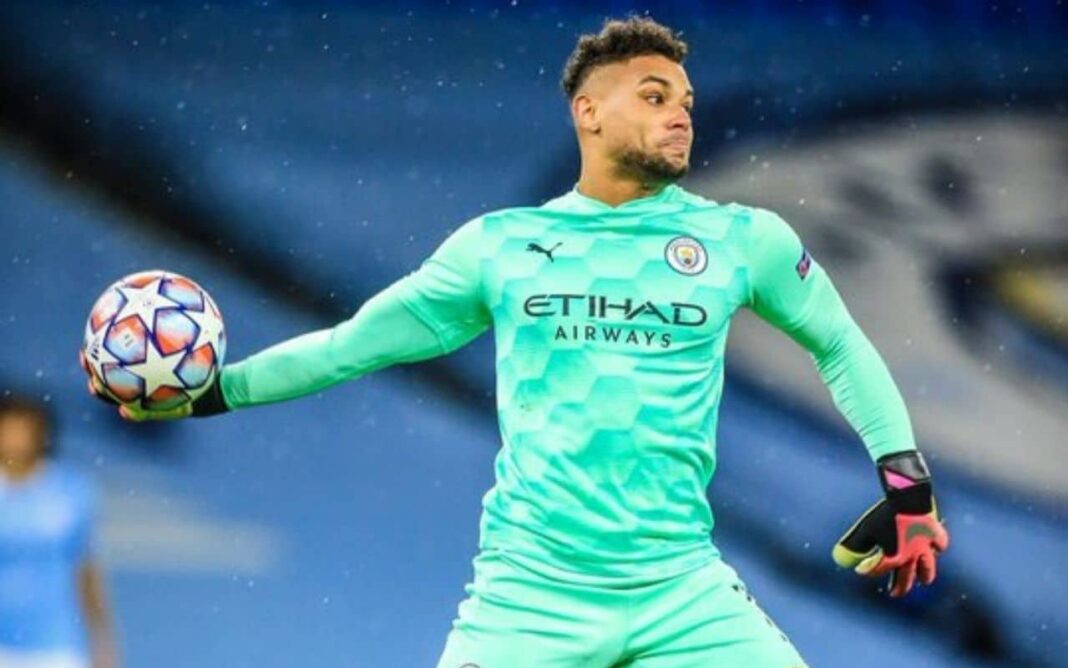 Pep Guardiola confirmed that Zack Steffen will keep his place in the Manchester City team for the Carabao Cup final at Wembley next week.

The shot-stopper started for Man City in their 1-0 defeat to Chelsea in the FA Cup semifinal on Saturday but admitted his moment of ‘indecision’ in the second half led to Chelsea’s long goal.

It was his first defeat in 11 games for City in all competitions, as he won all of his previous 10 encounters.

Many may have been thinking Pep Guardiola may bring Ederson back in for the League Cup final against Tottenham, but he has confirmed to stick with Steffen.

“Yeah, he is going to play the League Cup final. For sure,” the boss said.

“He made a good save, brilliant with his feet. The goal, one save, and that’ all. We had more time but unfortunately we could not be more clear in the final third with the final pass. Today was a tight, tight game. We were there until the end. They made good counter attacks. They controlled at the start of the second half but no more than that.”

Guardiola’s comments have got some Man City fans talking, who took to the social media to express yours thoughts and opinions.

As he should, he made one error but otherwise he has been class

picked a great time to announce this

In all seriousness tho it’s the right decision. Goodluck Zack 💙😤

that’s exactly what we’ve been waiting for

Good! He got us to the final, he deserves to start in the final👏 I love Pep’s loyalty for him💙

Hope he doesn’t mess up like the Chelsea game