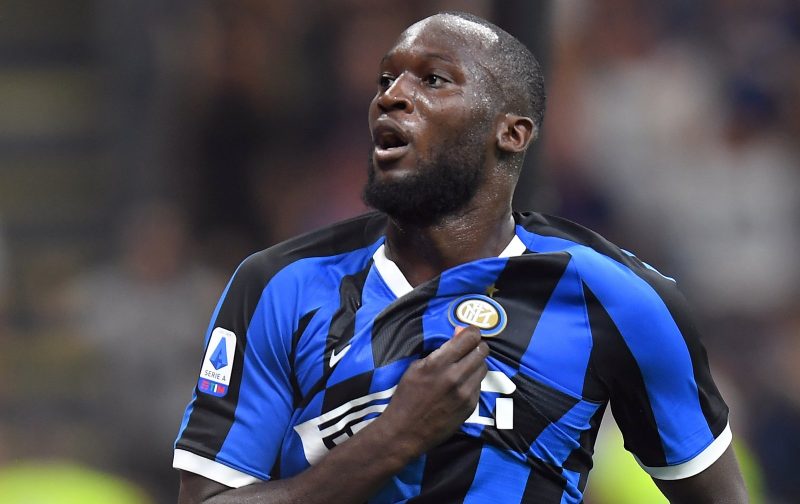 Manchester City remain keen in signing Inter Milan striker Romelu Lukaku as Pep Guardiola’s side seek to find a replacement for the Argentine striker this summer., according to the latest transfer gossip.

Lukaku has been in sensational form for Inter Milan since joining them in 2019. He is leading their title charge this season with his 27 goals and is in line to win the Serie A title after becoming the main man for Antonio Conte’s side.

CorSport reported last month that City had ‘probed the ground’ for the Inter Milan striker, but claims the talks of interest in the player are only rumours or at most, surveys carried out through intermediaries.

According to Calciomercato, City have not quite given up hope of signing Inter Milan striker, Romelu Lukaku, this summer.

The report claim that Pep Guardiola is ‘convinced’ by Lukaku, and that as yet, City have not yet given up hope of landing the former Everton and Manchester United star.

Inter may be forced to sell some of their star players but are desperate not to part with Lukaku, who has been prolific in the two years since his move from Manchester United. The 27-year-old’s current deal with Inter is due to run until June 2024.

The €90m-rated star is one of the names on City’s short list, along with Borussia Dortmund’s Erling Haaland, Tottenham’s Harry Kane, and recently Southampton’s Danny Ings amongst others.

Share
Facebook
Twitter
Pinterest
WhatsApp
Previous article‘Keep him’, ‘will be the next Paredes’ – Fans reacts as club doing everything possible to sign Man City player
Next article‘Not good enough anyway if we’re being honest’ – Fans reacts as Man City make decision to sell striker this summer