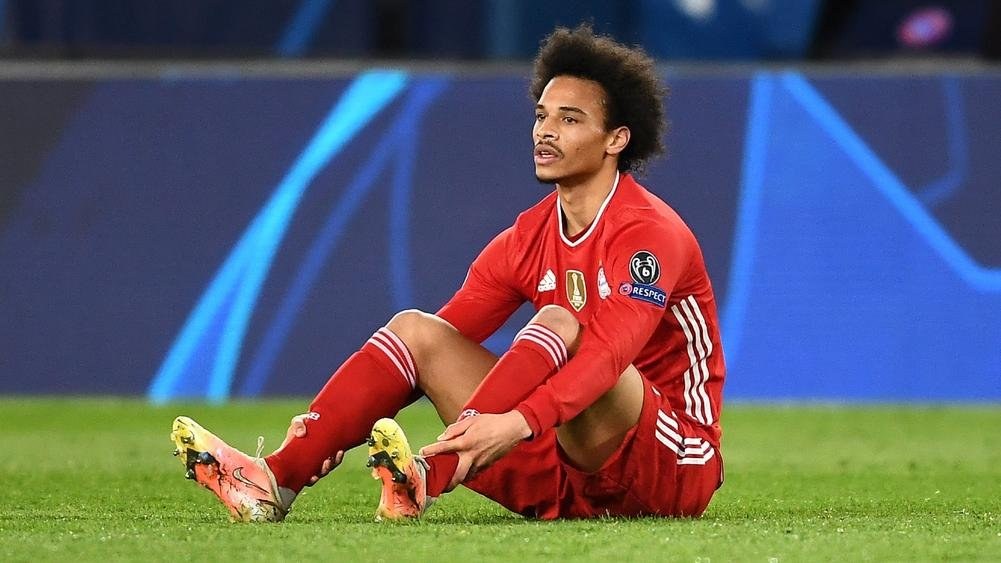 Leroy Sane and Bayern Munich exit champions league despite winning the second leg of their Champions League quater-final clash on Tuesday – and Man City fans have reacted on Twitter to the German winger’s display.

PSG got revenge on Bayern Munich, eliminating the reigning Champions League winners in the quarterfinals thanks to their away goals last week in Germany.

A 3-2 win in Bavaria a week ago proved decisive, with those three strikes on the road the difference after Bayern edged the second leg by a single goal to nil.

Sane played the full 90 minutes of the second leg at Parc des Princes but struggled to make his mark against a well-drilled PSG defence.

Him and Kingsley Coman operate as the wingers, just behind Eric Maxim Choupo-Moting, who once again spearhead the attack in the absence of star man Lewandowski.

The Germany winger struggled to beat his defenders one-on-one and was guilty of shooting when his teammates were in better positions.

The winger had a nice chance early in the first half that he just took poorly. The space was there, but his passing in the final third was also quite poor.

Bayern have to do better, and Sane, who has left City in a deal worth around £55million definitely has to step up his game to live up to his price tag.

The former Manchester City winger has under-performed since arriving at the Allianz Arena last summer, and is currently on a two-month scoring drought.

Sane has featured in 38 games across all competitions for Bayern to date and has only scored eight goals during that period, but has also been able to record 11 assists.

In reaction to Sane’s display, plenty of Sky Blues are somewhat sympathetic towards their former winger, with many wishing to see him back at the Etihad, suggesting that City suits him better.

You can find some of their comments below:

Leroy Sane should have stayed at Manchester City. It’s embarrassing watching his career turn into a “what if” player. He had all the qualities.

I was gutted when he left…But nothing you can do when they want to leave..

would’ve been thriving still under pep

I’d still take him back in a heartbeat tho

He likes to play more often as LW not RW doing in Bayern. And as well I don’t know why but Bayern use more the left side than the right side, Coman 🇫🇷 there. He is looking the ball all match to see if somebody pass him the ball. In Bayern he will never be same player that at City

Sane should have stayed at City and become part of a great City team. But it wasnt to be.

Even if he didn’t leave he would’ve had a similar season for us tbh. ACLs take a looong time to recover fully from e.g Gundogan. I agree with you though. Should’ve stayed at City

Shot himself in the foot, another samir nasri. Very bad attitude and it will get worse at bayern where all individual players have their own personalities