‘Spot on, ‘Not surprised you know ball’ – Some Man City fans to Gary Neville’s premier league’s best right-backs this season 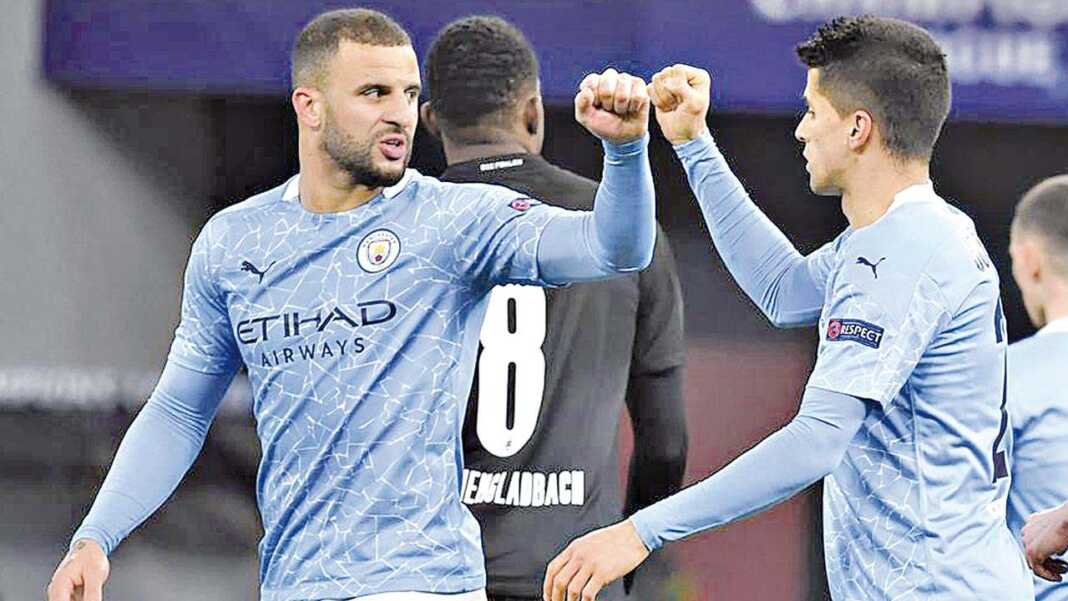 Some Manchester City fans have found themselves agreeing with former United star Gary Neville after his comments about Kyle Walker and Joao Cancelo.

The City pair have been in fine form this season, and there’s certainly going to be a debate to be about them being the league’s best right-backs.

Walker has been one of the most crucial players to City’s successive league titles and remains as important as ever despite sharing his duties with Joao Cancelo this year.

The 30-year-old has been one of the most consistent full-backs this season, with his awareness, seemingly endless stamina and versatility being some of his many notable qualities.

While Joao Cancelo has been on a level above most of Europe’s wide defenders this season, with two goals and five assists.

The 26-year-old barely managed to feature in the Cityzens’ previous league campaign since moving from Juventus but has been an undroppable figure for them this year.

He has featured in a variety of roles, including that of a supporting playmaker in midfield. However, the majority of his games (16, to be precise) on the right-hand side of the defence.

During a question-and-answer session on Twitter, Neville hailed the pair as the Premier League’s best right-backs this season .

This year Cancelo or Walker https://t.co/JtVVW7hR5R

Neville’s comments have got some Man City fans talking, who have reacted to the praise from the former Manchester United defender:

Not surprised you know ball

This would make sense if Walker was better at defending than Cancelo, which he isn’t

You don’t understand the role Walker plays for City. He isn’t supposed to bomb forward very often, he is there to kill opposition counter attacks with his pace. The attacking full back when Walker plays is the left back (either Zinchenko, Cancelo or Mendy). Walker forms a back 3.

I game doesn’t define a player for the whole season