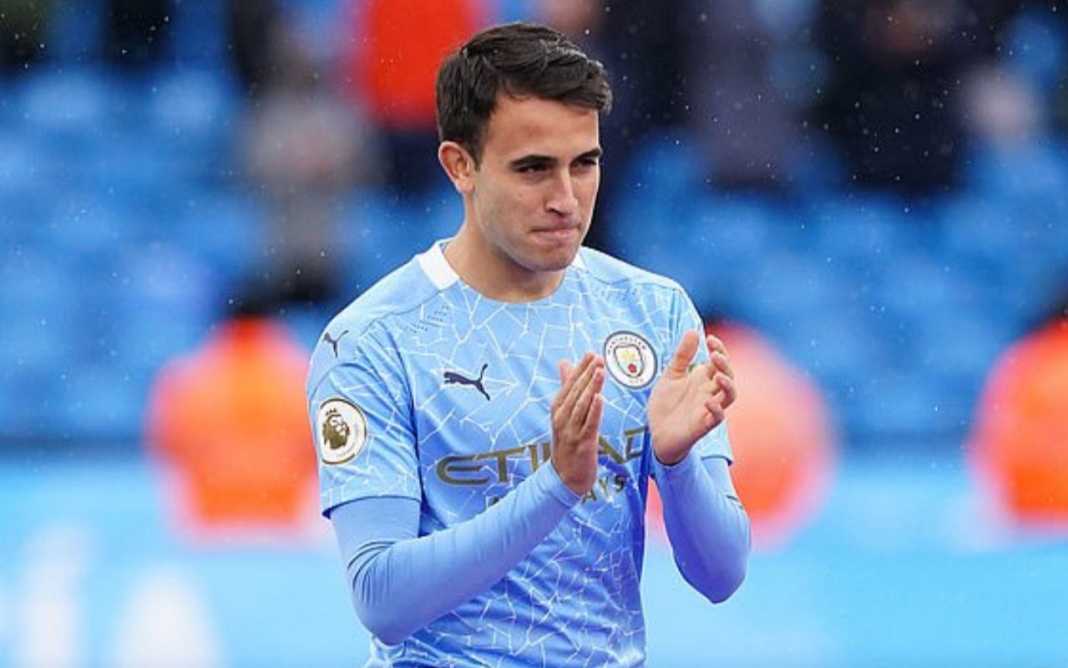 Manchester City fans have taken to Twitter to react after Eric Garcia spoke out on comparisons between him and Gerard Pique, saying he was lucky unlike his potential future teammate to play for the best team in Manchester.

Garcia, who left Barcelona for City back in 2017 after nine years in the La Masia academy had reportedly agreed a deal in principal to move back to Catalonia last year.

In an interview with L’Esportieu, Eric Garcia has talked on a range of topics, including City, his future, and comparisons with Gerard Piqué. Last season, the 20-year-old had his breakout campaign but has suffered a rather difficult 2020/21.

Finding it impossible to compete with the likes of Ruben Dias, John Stones, Aymeric Laporte, and even Nathan Ake, Garcia has barely made an impact all season. However, given his potential, Barcelona have decided to sign him regardless, on a free and with rather minimal wages.

Garcia was asked whether he feels comfortable about coming back to the Camp Nou or whether he feels that it is a ‘brave’ decision. He said, “I have thought about my future, what I think is the best now. I think it’s a brave decision. I am very convinced of the step I have taken.” The 20-year-old’s transfer back to Barça is essentially guaranteed, and he will be hoping to make an impact in a defence that requires much-needed reinforcement.

Also Read
‘Why would he downgrade’, ‘pain pain’, ‘might just cry’ – Many Man City fans react as Barcelona ‘close agreement’ with Ferran Torres
‘Invest in a striker’, ‘can’t see anyone displacing Cancelo’ – Some Man City fans react as club ‘Drawing Up Plans’ on Left-Back Signing for 2022
Report: Pep Guardiola ready to sanction Raheem Sterling departure on one condition

He was asked about the various comparisons between him and legendary defender Gerard Pique, who followed a similar route early on in his career. He said, “Nothing, I don’t care because I think we’re different footballers, right?”

When pushed about the comparison again, Garcia took a cheeky pop at his future team-mate as well as his current club’s city rivals Manchester United.

“To be honest, I play down the issue. Gerard has achieved everything, he is one of the best centre-backs in the world, is more than recognised and I am only 20, and I am just starting my career. So the only possible comparison is this, that we both are from the academy and we lived in Manchester, but he played for the not so good team. I was luckier and could play at the better team of Manchester. A shame for him,” Garcia further said.

Many Manchester City faithful have flooded to social media, to make clear their collective thoughts and opinions on these Eric Garcia comments on comparisions with Gerard Pique.

This is Garcia’s best performance in a city shirt 👏

Oh my god Eric Garcia legend my agenda is over

say all you like about him, i love him.

Damn, i enjoyed not liking him, thats over😂😂

Agenda drop,legend in my book

Bodied the smallest club in Manchester 😭😭😭

Fr though he’s probably trying to win us back

Never had an issue with Garcia, can’t blame a young kid for wanting to go home to be closer to his family and play fur his boyhood team, especially after the pandemic. If anything blame City and Barca for not sorting out a fee last summer

This is Garcia’s best contribution in a City shirt👏👏. Kudos to him.