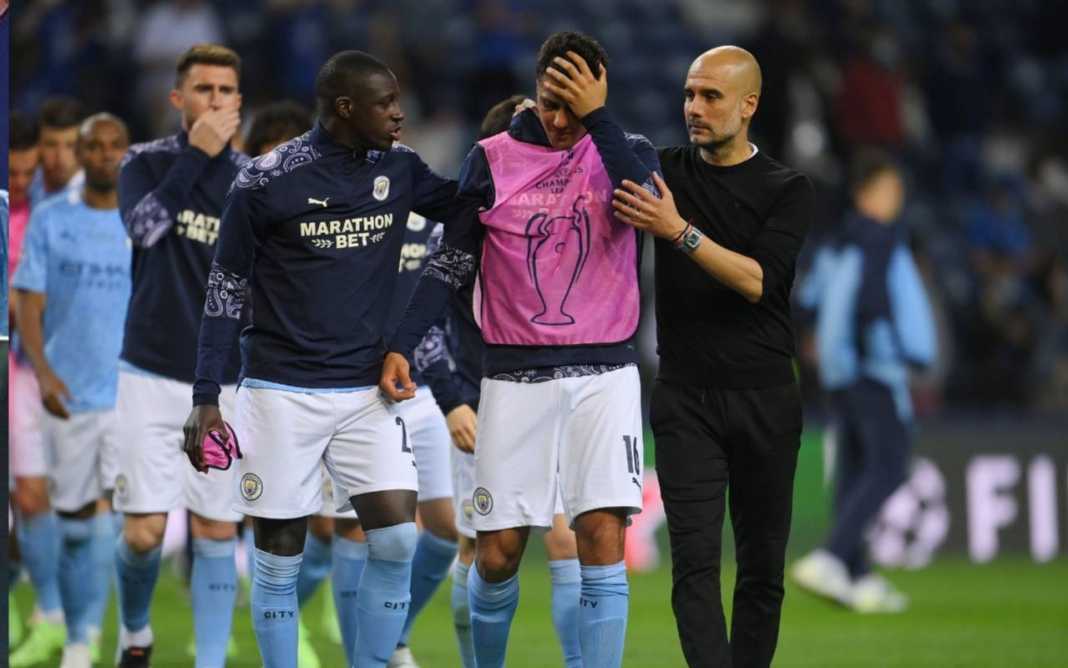 The Premier Leaque were left disappointed in their first ever Champions League final appearance after going down 1-0 to Chelsea in Porto.

Kai Havertz scored the winning goal for Chelsea as Thomas Tuchel got the better of Guardiola for the third time this season after succeeding Frank Lampard in January.

Guardiola decided on an attacking starting lineup with Ilkay Gundogan playing a holding midfield role and both Fernandinho and Rodri, who had started 59 of Man City’s 60 games this season, left on the bench.

Jamie O’Hara did not hold back in his assessment of Guardiola, who he dubbed ‘a disgrace’.

He told The Sports Bar on talkSPORT: “I couldn’t believe what I was watching.

“It’s one of the worst performances I’ve seen from Manchester City in a long time. Bottle jobs. And an absolute disaster of a team selection from Pep Guardiola.

“I cannot believe he got it so wrong in such a big moment.

“Chelsea were brilliant, they were solid, they were organised. They were all over Man City in the first half. They had their number.

“Guardiola got it so wrong with the team selection with no holding midfielder. If Timo Werner could shoot, it would have been 3-0 at half-time. They were all over them.

“Man City didn’t really create one clear-cut chance apart from the one where Foden was in and [Antonio] Rudiger made a brilliant tackle.

“Reece James had Sterling in his pocket. I cannot believe Sterling even started the game with the form he’s been in.

“I couldn’t believe what I was watching. It was a disgrace from Pep Guardiola.”