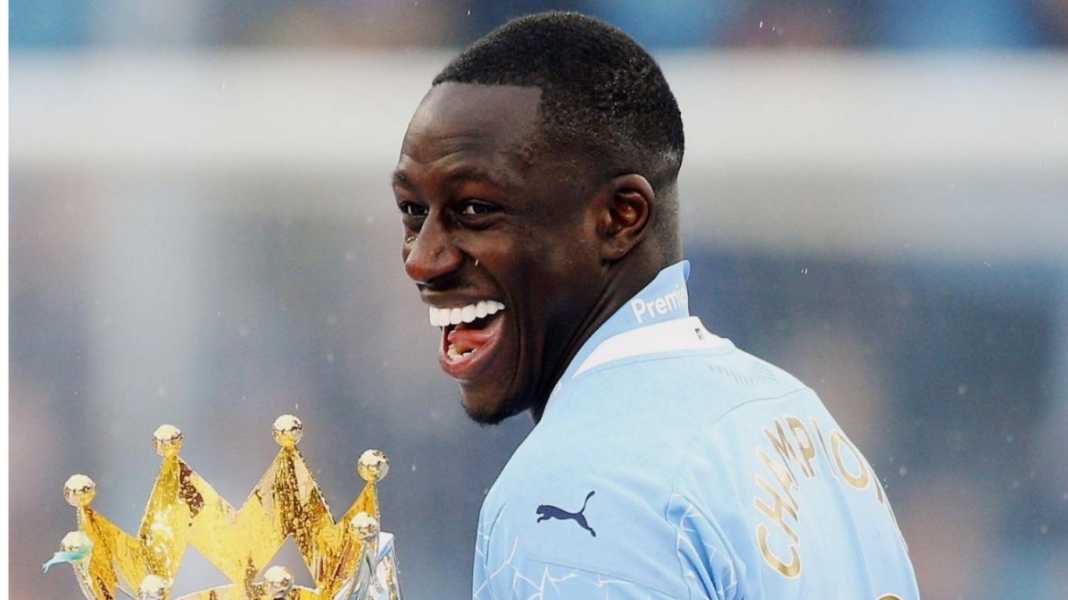 Fans of Manchester City have taken to Twitter to react after a stunning stat involving French defender Benjamin Mendy emerged.

The Frenchman, who arrived from Monaco in a £50 million deal in 2017, has been plagued by injuries and inconsistent form during his time in English football.

Mendy has played just 48 times in the Premier League in four seasons for Manchester City and yet, incredibly, he has three titles to his name.

The Frenchman has now won a trophy every 12 appearances for Manchester City and Equipe de France since joining Man City in July, 2017.

Mendy could yet add the Champions League to his incredible trophy cabinet if City emerge victorious in the all-English final with Chelsea on 29 May.

In reaction to the stat shared on Twitter by Man City Xtra, many Man City fans have expressed their thoughts and opinions.

surely that’s one of the highest games to trophies ratio

What a waste of space this guy. Biggest achievement was the shark hashtag.

😂 and he may potentially win the ucl, mendy winning trophies is inevitable