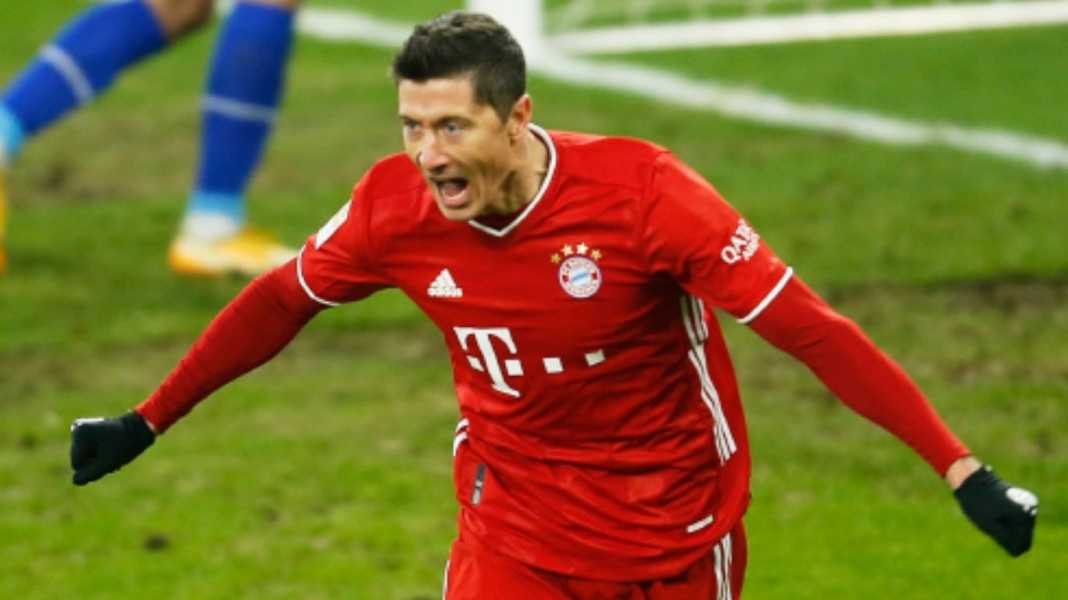 Manchester City Fans have been reacting to a post on Twitter, which relays a report that claims the club is set to go head-to-head with Chelsea to sign prolific Bayern Munich striker Robert Lewandowski this summer.

City will be in the market for a new No.9 this summer after their Legendary Etihad attacker Sergio Aguero is moving on at the end of the season.

The Cityzens have already been linked to the likes of Erling Haaland, Romelu Lukaku and Harry Kane to replace him, but latest report suggests they are not the only primary targets to make the switch to the Etihad for next season.

The report points out that they will have competition for the 32-year-old Poland striker from Chelsea, who are seeking an alternative to Timo Werner.

The report adds that any interested clubs would need to offer €60million as a starting point for Bayern to consider selling, with early contact already made.

The Poland international, who has scored a remarkable 36 league goals in 31 matches this season, has notched 272 Bundesliga goals in all, including his stint at Borussia Dortmund.

Lewandowski worked under Pep Guardiola for three years between 2013-16, which could give City the edge.

In reaction to the report shared on Twitter by City Xtra, Man City fans as usual have been expressing their thoughts and opinions.

Great player but I can’t see Pep being interested. Pep isn’t keeping Sergio and IMO wants a younger replacement. Look at the ages of the players he’s brought in recently. Lewa doesn’t fit the profile

Should have kept aguero 🙄😬😬

Aguero is better than him

60m for a 32yr old prolific striker.. I rather pay more for Haaland then

Good option if City can’t get Haaland or Kane

This would hand Haaland to Bayern on a platter, no one needs to go anywhere near this

If Sergio leaves why bring in another old player. Rather get Haaland who’s younger or Kane who’s tested and trusted