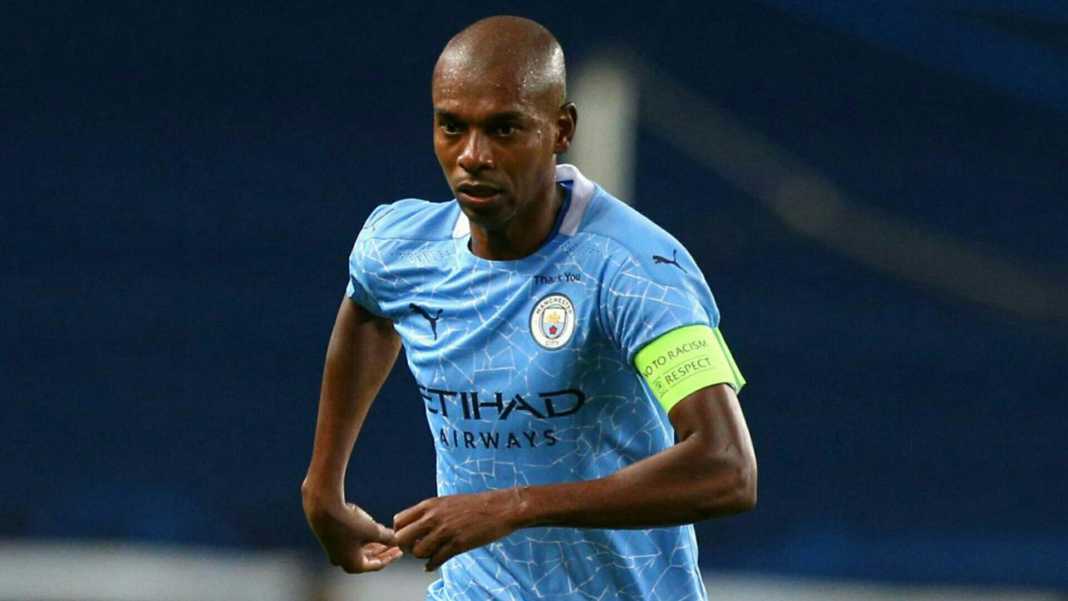 Manchester City Fans have been reacting to a post on Twitter which relays a report that claims Fernandinho is set to stay at the Etihad beyond the end of the season.

The 36 year-old Brazilian is now just a few weeks from the expiry of his current deal, and in the summer he can leave the Etihad as a free agent if he decides against signing a new deal with the Citizens.

His future is very much in doubt as there is no signs of an intention from City to renew the player’s contract for a second year running.

According to the Telegraph, Fernandinho is now expected to extend his terms into what will be his ninth season in the Premier League, since making the switch from Shakhtar Donetsk in the summer of 2013.

Despite the Brazilian midfielder extending his stay at the club, the report claims City remain in the market for a long-term replacement for him, and are looking at Manuel Locatelli among others but are unlikely to exercise a buy-back option on Douglas Luiz.

What a player, what a man, what a guy

Still will be the best DM in the PL at 40. Also means he’ll be captain next season. Beautiful scenes.

Yesssss 💙 he’s such a leader

Nope. It can’t be underestimated just how important it is to have plays like Ferna around, the experience, setting the standards. Plus he’s still playing at a high level. Why blow money on another player when the one you’ve got currently is better?

Hope we still get Bissouma anyway