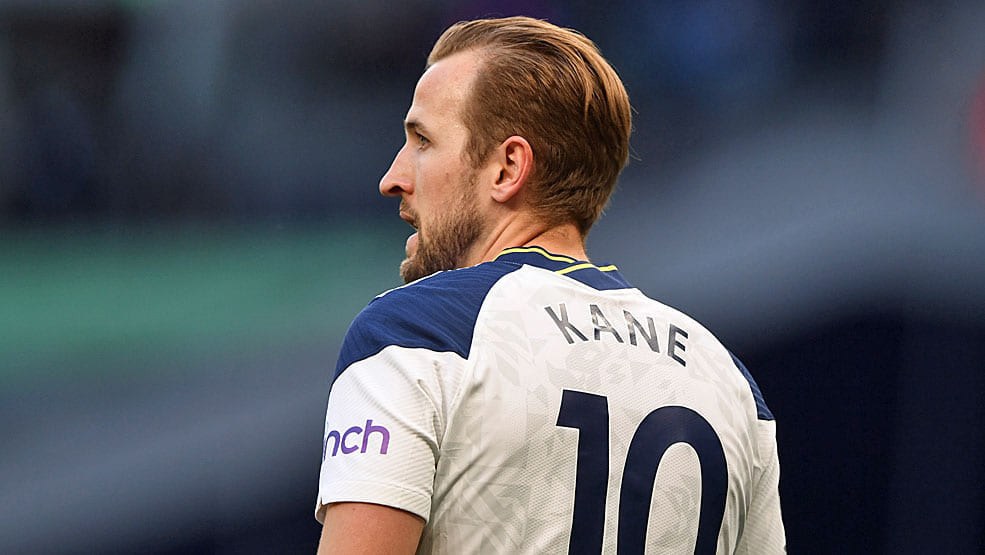 Some fans have been reacting to a post on Twitter which relays a report that claims Tottenham have a list of Manchester City players in mind that they would consider as potential part-exchange options for Harry Kane.

The premier leaque champions are one of three clubs who have been named as a potential destination for Kane this summer.

The €120m-rated star is one of the game’s finest goalscorers and has been consistently among the Premier League‘s top scorers since breaking into the Tottenham first team in 2014, winning the Golden Boot on three occasions.

After years of reports linking him with a move away, the rumors may well come true as Kane, who still has over three years left on his deal may actually leave Tottenham Hotspur this summer.

According to Ian Ladyman for the Daily Mail, Tottenham are known to have a list of Manchester City players in mind that they would consider as part of any deal for Harry Kane this summer.

A separate report from David Kent for the Daily Mail few weeks ago had claims that Tottenham had identified Gabriel Jesus and Manchester United’s Anthony Martial as potential makeweights in Harry Kane sale.

With even Europe’s biggest clubs not awash with money after so long without fans, there is a feeling at Spurs that a straight cash deal could be hard to come by. A complication is that Levy is determined not to deal with the two Manchester clubs if at all possible.

My boy Gabby better not be on that list

Would assume all teams have a wish list of City players. Most walk into any first team in Europe.

I think Ake would be ready to go in a flash. He’s won the trophies this season. Now he’d want game time and he starts every single week in that Spurs defence. I don’t see them taking Mendy. I wouldn’t mind Ake leaving, for the sake of his career. He’s too good for a 4th choice

The only ones can be in the list are Mendy 🇫🇷 and Aké 🇳🇱. Sterling 🏴󠁧󠁢󠁥󠁮󠁧󠁿 I don’t think due to City trying to renew his contract and I HOPE, Jesús 🇧🇷 is not in the list, anyway if he is, City MUST and SHOULD keep him. Pep need to give him the opportunity to play often as winger.

We don’t want kane if they want 100 million plus a player ,we aren’t gonna sign him if we are being realistic ,reports will emerge but we won’t