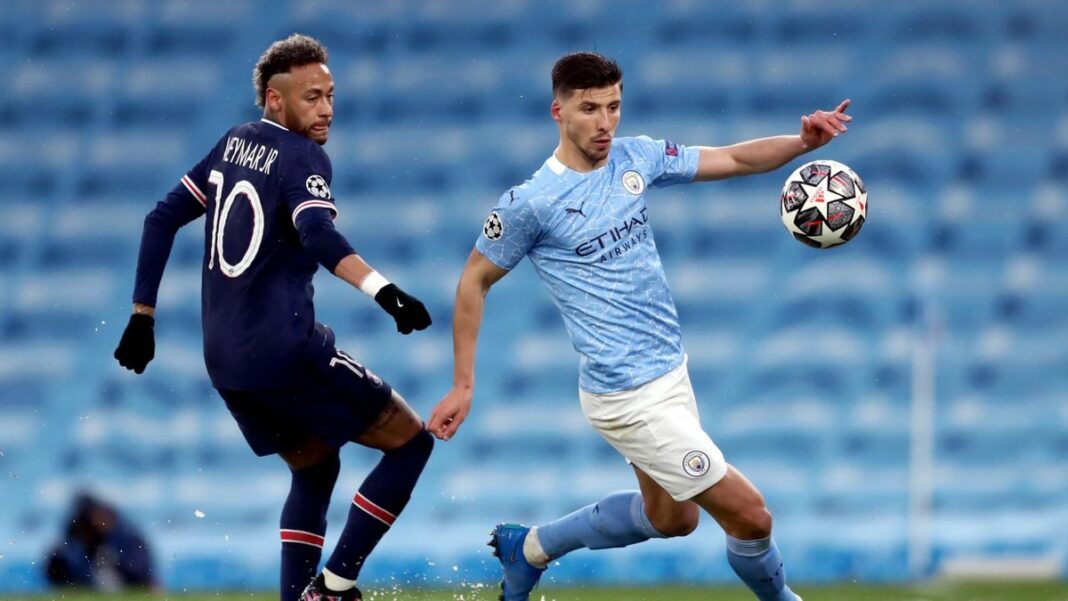 Jamie Carragher told CBS Sports on Paramount+ (04/05/21 at 10:25 pm) that Ruben Dias is now ‘at the level’ of Liverpool defender Virgil van Dijk after Manchester City reached the Champions League final on Tuesday.

The Cityzens and PSG played out the second of two Champions League semi-final ties on Tuesday evening.

Following on from their 2-1 win in the French capital last week, a brace from Riyad Mahrez was enough to ensure the Cityzen’s will play in their first UEFA European final since winning the Cup Winners’ Cup 51 years ago.

Riyad Mahrez scored two goals but this was a victory born of a defence superbly marshalled by Ruben Dias.

According to ESPN, the former Benfica man completed 100% of his tackles, maintained 90% passing accuracy, completed three clearances and made three blocks.

Also Read
‘So happy to see this’, ‘Would choose us’ – Many Man City fans react to Fabrizio Romano updates on Erling Haaland
‘We’re massive’, ‘He is already a Mancunian’ – Many Man City Fans react to Guardiola’s comment on exit plan
Report: Pep Guardiola ready to sanction Raheem Sterling departure on one condition

Against PSG, Dias was nothing short of phenomenal. Like John Terry in his pomp, Dias blocked shots with his head, physically dragged teammates into position and was consistently in exactly the right place with exactly the right touch.

Carragher lauded the performance of Dias, who he thinks is now part of a ‘new breed’ of top-quality centre-backs, alongside Liverpool’s very own.

“I love him,” said Carragher. “I think he has been the best player in the Premier League this season. I think he has had a huge effect on Manchester City.

“You have got two of the greatest centre-backs of their generation, hopefully playing (Chelsea v Real Madrid) in Thiago Silva and Ramos. They’re coming towards the end if you like. We have seen Van Dijk over the last couple of years win the Champions League. I think the new breed is coming.

“The biggest thing for a centre-back, in terms of body position, I think he’s the best, by a long way, in the Premier League.

On comparing him to Van Dijk & whether he can get to his level: “Without a doubt,” responded Carragher.

“I think in his first season he has produced at Man City. I think he’s at that level. I don’t think he’s blessed with the physical attributes of Van Dijk. So, in some ways, I am more impressed with Dias.

“When you watch Van Dijk, it’s like watching a Rolls-Royce, you just think the way he moves. Most players don’t have that. And Dias probably hasn’t got that. So, he has probably has to concentrate more and be side on constantly.”