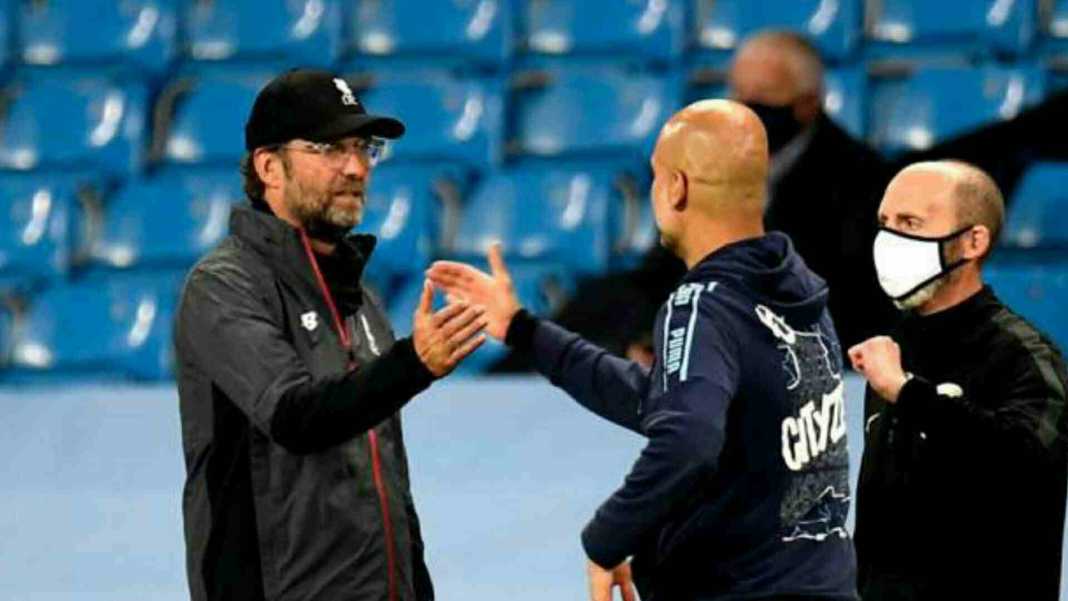 Liverpool boss Jurgen Klopp has called Pep Guardiola the best manager in the world as he congratulated Manchester City on an “exceptional” title success.

Klopp believes that huge financial backing, coupled with some clever football appointments, have helped City become the most successful domestic English club of the last decade.

“I texted Pep last night and already texted Ilkay (Gundogan, who played for Klopp at Borussia Dortmund), and really well done. A very difficult year for the whole world, for football teams as well. What they achieved so far this year is exceptional.

“When you bring together financial sources and football knowledge then you have a good chance to create something special. That’s obviously the case. City have an incredible squad and the best manager in the world, so that makes it a good recipe.

Also Read
‘Please no’, ‘would rather Nkunku or vlahovic’ – Some Man City Fans flock as Darwin Nunez transfer rumour emerges
‘Invest in a striker’, ‘can’t see anyone displacing Cancelo’ – Some Man City fans react as club ‘Drawing Up Plans’ on Left-Back Signing for 2022
‘Why would he downgrade’, ‘pain pain’, ‘might just cry’ – Many Man City fans react as Barcelona ‘close agreement’ with Ferran Torres

“It’s always a joy to play against them because it’s a massive challenge from a football point of view. You can beat them, but you have to be at your absolute top to do so. We can do that from time to time, but this year obviously not. Well deserved congratulations.”

These Klopp’s comments have got some Man City fans talking, who took to the social media to express yours thoughts and opinions.

Had to put that last part in didn’t he🤣

Klopp will forever be salty

There’s always excuses when it comes to Klopp, nothing new here 😂😂😂😂😂

Why can’t he just appreciate the greatness and give credit Pep.. No other manager can win the title from 13th.. Pep is the GOAT

Why would you be including “financial sources” when you know you’d be acknowledging “best manager”, oh Klopp, give it up completely

If he’s lucky he might just hold onto that Europa League spot with all his financial sources.