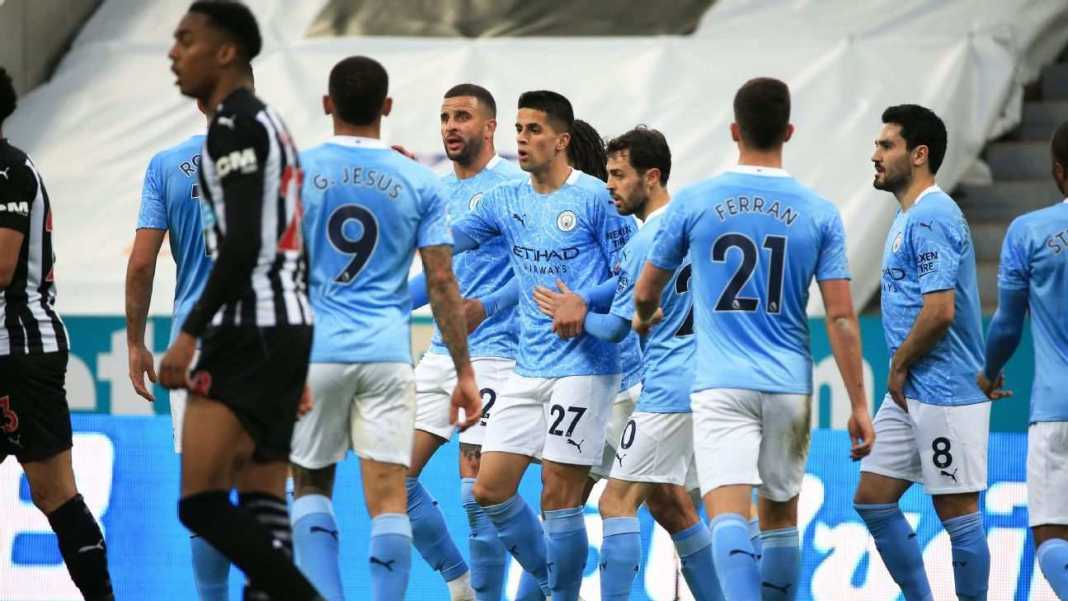 Manchester City fans have been hailing Ferran Torres following his performance against Newcastle United, comparing his style of play to Cristiano Ronaldo.

The 21-year-old Torres helped Manchester City beat Newcastle in a seven-goal thriller (4-3), a victory which set them a new English record of 12 successive away victories in the Premier league.

Torres, who signed from La Liga club Valencia for 20 million pounds ($28.20 million) last August, scored once in the first half of the game and twice in the second, taking his total goal tally for City this season to 13.

Shelvey then hit the bar with a free-kick before Joao Cancelo (38) kick-started a three-minute turnaround, his shot finding the net with the help of a deflection.

Torres’ superb volleyed back-kick gave the visitors a 42nd-minute lead but Joelinton fired Newcastle level from the penalty spot after he had been fouled by Nathan Ake.

In the second half, Steve Bruce’s team took the lead courtesy of a second penalty, this time scored by Joe Willock (62) on the rebound, but the hosts were behind within four minutes.

Torres (64, 66) converted Gabriel Jesus’ cutback from close range to level and then reacted quickest to the loose ball after Cancelo had hit a post to complete a fine hat-trick.

The Spain winger, who now has as many goals this season as Gabriel Jesus, has broke Barcelona captain Lionel Messi’s record to become the youngest player ever to score a league hat-trick under manager Pep Guardiola.

The Argentine superstar Messi had scored a hat-trick for Guardiola’s Barcelona in a 5-0 La Liga win over Tenerife 11 years ago.

City fans, come full time, were all over Twitter praising Torres for his display with some branding him ‘Ronaldo regen’. Here’s what some of them had to say on Twitter…

Does Torres remind anyone else of young Ronaldo?

Ronaldo was dribbling more and couldn’t shoot, he reminds me of a 23 year old Ronaldo with a little less goals but yeah I guess he does

His dribbling style for sure. He also plays very upright like Ronaldo. Obviously the quality isn’t fully there yet (hopefully in a couple of years) but there is similarities

I feel quite justified in my earlier season thoughts that he reminds me a lot of Cristiano, he’s a special player with very similar mannerisms and in a different universe he’s playing in red and we’re signing the next Kiki Musampa on loan.

There is similarities but Ronaldo was just a different breed. Torres hasn’t finished developing. I really like Torres and I think he could become really good but not many players can get to the level of United Ronaldo let alone Real Madrid Ronaldo