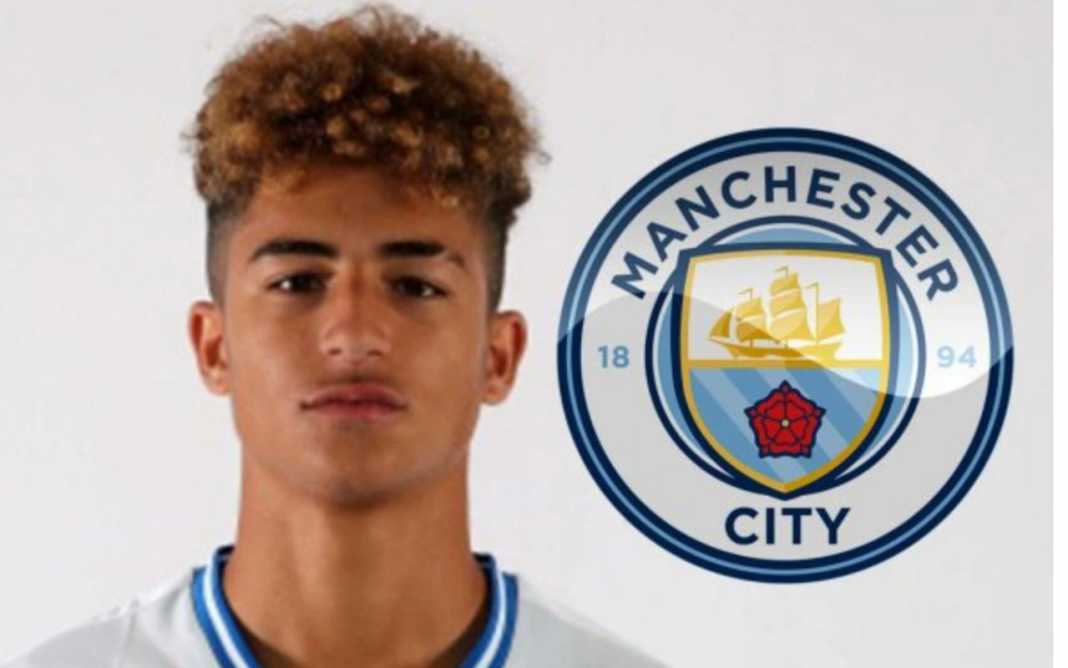 Manchester City Fans have been reacting to a post on Twitter, which relays a report that claims the club is leading the race for powerful young Espanyol striker Mateo Fernandez.

The forward, who is yet to make his senior Espanyol debut has been with the Barcelona outfit for a number of years after catching their interest while in the academy of Real Racing Club.

City will be in the market for a new No.9 this summer after their Legendary Etihad attacker Sergio Aguero is moving on at the end of the season. Pep Guardiola’s side looks to the future.

According to The Sun, Manchester City ‘lead the race’ for Espanyol’s 17 year-old striker talent as Pep Guardiola’s side looks to the future.

Pep Guardiola’s side believe Fernandez is an exciting prospect to lure to the Etihad Campus as the 17-year-old striker boasts a good technical ability and is physically strong, while also counting as a homegrown player.

Also Read
‘So happy to see this’, ‘Would choose us’ – Many Man City fans react to Fabrizio Romano updates on Erling Haaland
‘Please no’, ‘would rather Nkunku or vlahovic’ – Some Man City Fans flock as Darwin Nunez transfer rumour emerges
‘Keep him’, ‘whenever he plays he’s actually decent’ – Some Man City fans react as club make decision on Nathan Ake transfer to Newcastle United

Another player for Girona ✅

Pep has already said that Delap will only train with the first team next season tho.

Yes the youth we’re bringing in is class

don’t have to spend big on wonder kids if you buy all of them before they emerge pic.twitter.com/nheT2M7J9D