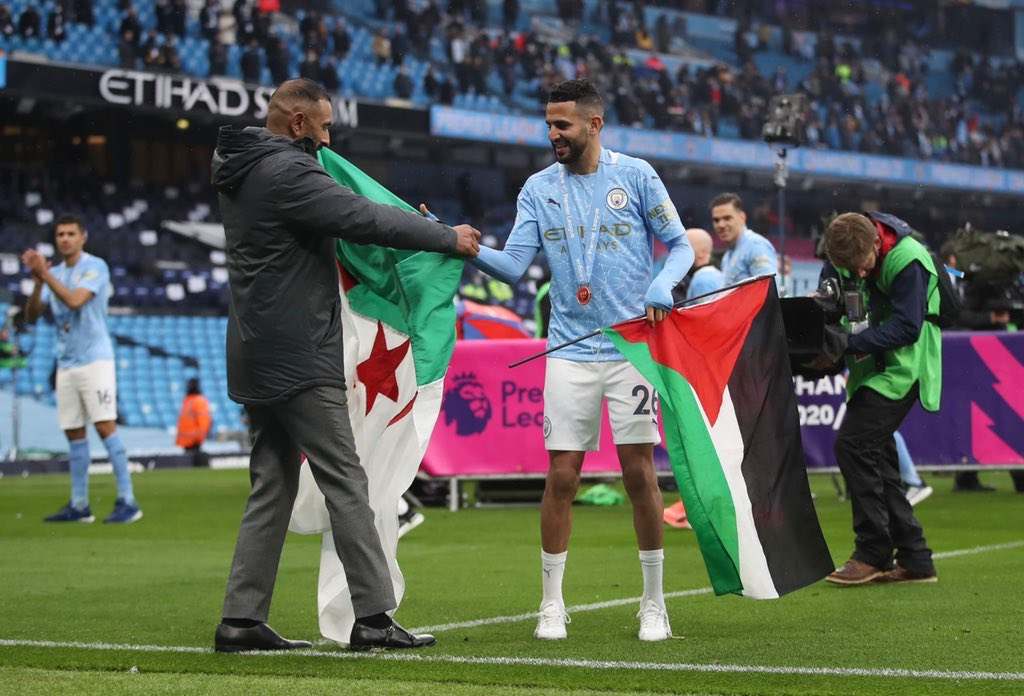 Palestinians thanked Manchester City’s Algerian winger Riyad Mahrez for raising the Palestine flag at the Etihad stadium on Sunday during his team’s celebration of the title win.

Just minutes after raising the flag of Palestine, Mahrez became the most prominent celebrated figure by Palestinians on social media.

Mahrez posted the picture of him with the Algerian flag draped around his shoulders and the Palestine flag raised high on his social media accounts.