‘Great answer, it Would be disrespectful’ – Some Fans reacts to what Pep Guardiola said when asked about Man City’s striker transfer plans 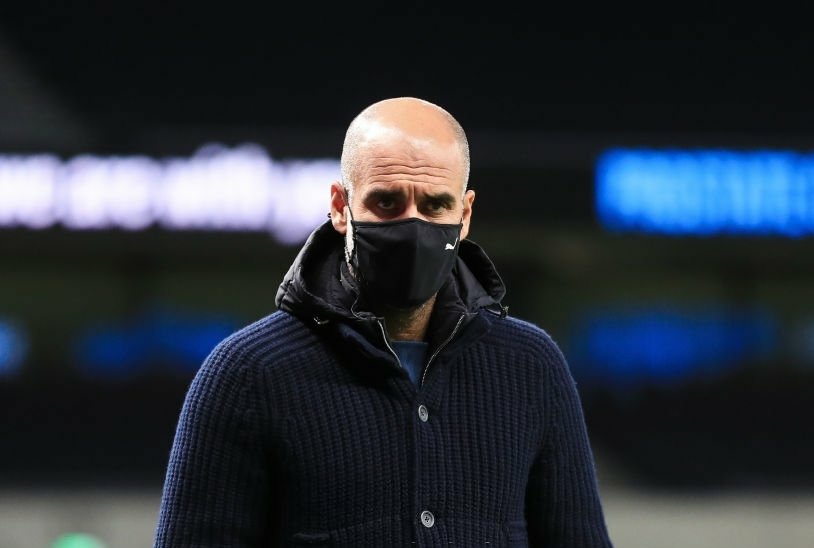 Pep Guardiola, ahead of the weekend’s clash against Crystal Palace on Saturday afternoon, has been questioned on the possibility of Manchester City not signing a striker this summer, and whether that would be of any concern to him going into next season.

For much of this season, Guardiola has opted for a false-nine formation in the absence of both Sergio Aguero and Gabriel Jesus, and much to the delight of the City boss, it has been utilised to great success.

For Pep Guardiola, the game is all about the wingers. Guardiola is redefining the way the game is played and it increasingly looks like centre forwards are surplus to requirements.

However, despite the positive results when using a false nine system, the Citizens are expected to be in the market for a new striker at the end of the 2020-21 campaign, and have been linked with several strikers as they look for a potential replacement of the club’s all-time leading goal scorer Sergio Aguero.

When asked about whether potentially failing to sign a striker this summer would be of any concern to him, Pep Guardiola refused to answer to any talk of recruitment, but did reveal meetings taking place over plans for the upcoming season.

“I’m not going to answer this question right now, in the moment that we have. Not because I cannot answer you, but because it would be incredibly disrespectful to the players we have every day working,” Guardiola said.

“It’s the club working on these issues. Sometimes we have meetings in general, the ideas that we have, sometimes I share my ideas with them. They do their job. It’s about Txiki [Begiristain] and the players’ agents. When the season ends, we’ll see what happens.”

“When it’s the moment to talk about individual situations with every player, but now is not the time to talk about that – absolutely not,” the City manager further siad.

Guardiola’s comments have got some Man City fans talking, who took to the social media to express yours thoughts and opinions.

Great answer..it Would be disrespectful. I don't remember negative stories from any of the City players, no matter how much playing time they've had.

Thought we “weren’t gonna buy one”

"it's about Txiki and the players' agents", wonder who he's talking about lol

Totally agree. After the league is won I hope pep gives Doyle and Delap game time, let's see how it goes. Might not need to sign anyone. Use the academy investment