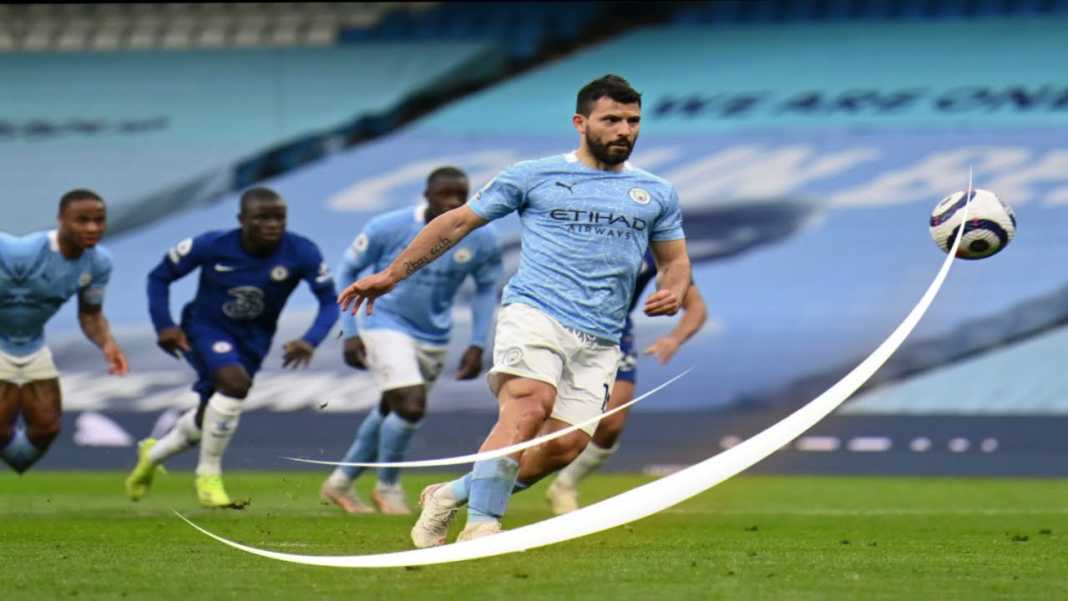 Pep Guardiola has stated that Sergio Aguero “is selfish because he misses. If he scores, he is a genius,” after the Argentine’s failed panenka penalty during Manchester City.

Man City took the lead just before half time against Chelsea this evening, and they had the chance to effectively put the game to bed as a penalty was awarded deep in injury time.

Sergio Aguero stepped up, but managed to take one of the worst penalties in Premier League history, as he chipped his panenka attempt straight into Edouard Mendy’s arms,

Manchester City, who were unable to take a 2-0 lead into half-time ended up losing the match to Chelsea, as second-half goals from Hakim Ziyech and Marcos Alonso further delayed their title celebrations.

Speaking post-match during a press conference, Manchester City boss Pep Guardiola faced questions on whether Sergio Aguero’s failed attempt at the “Panenka” technique from the spot was “selfish” as the Catalan replied, “He is selfish because he misses. If he scores, he is a genius. That is the reality.”

Guardiola’s comments on Aguero’s Panenka penalty shocker have got some Man City fans talking, who took to the social media to express yours thoughts and opinions.

Pep is fuming make no mistake

If your 4-0 up in 90 minute maybe…. not today at that point. 2-0 lead at half time is a massive advantage and it cost us

he said this about the lineup too something along the lines of “if my selection wins the game, iam a genius if we lose my selection was wrong.This is the reality”

Difference between Pep and a certain Portuguese coach.
He stood by Aguero at this tough moment and didn’t make him a scape goat before the media.

It’s not just that penalty miss, Chelsea could have scored 10 in the second half. City’s defense is so slow.