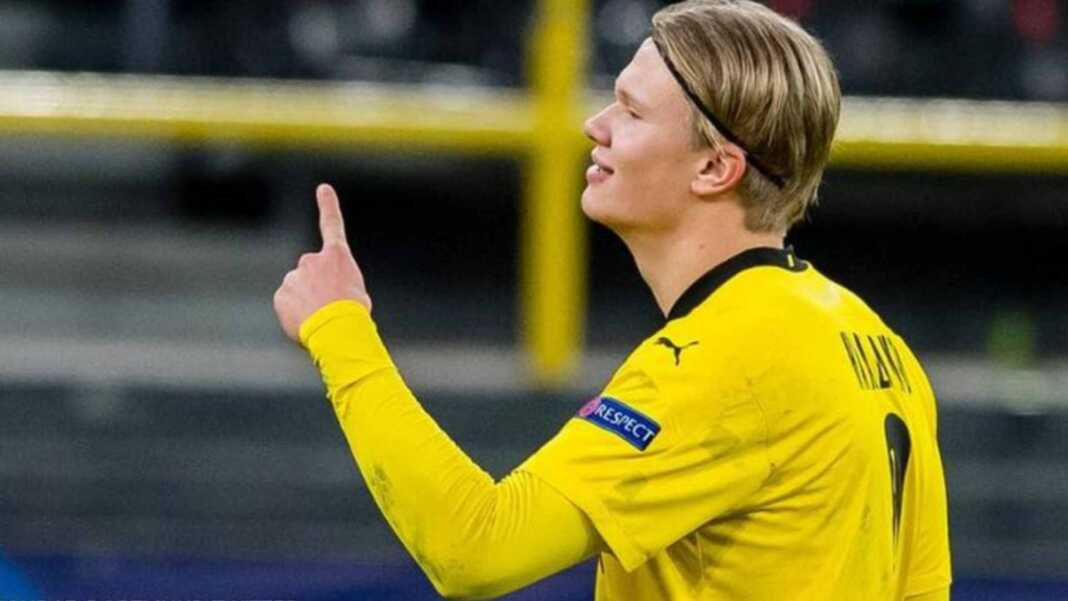 Manchester City Fans have been reacting to a post on Twitter, which relays a report that claims Erling Haaland is set to stay at Borussia Dortmund this summer.

City have been heavily linked with a move for the Dortmund’s striker, who has been in jaw-dropping form this season, scoring 39 goals in all competitions.

As well as City, the likes of Manchester United, Real Madrid, Barcelona and Chelsea are interested in the 20-year-old.

The Norway International had looked set to leave Dortmund this summer after his father, Alf-Inge Haaland, and agent, Mino Raiola, were spotted in Spain earlier this year for talks.

According to Talksport, Haaland is set to remain with Borussia Dortmund this summer after the German side qualified for next season’s Champions League.

The Bundesliga giants had looked like the could miss out on Europe’s premier club competition but won their last five games in a row to confirm their spot.

Considering Haaland’s value is already close to £100m, which will only go up if he has another fine season, his release clause will come into effect next year, which means he can leave for £68m.

It will be interesting to see what Dortmund CEO Hans-Joachim Watzke decides to do with his future but it might be in their best interest to sell up this summer.

Torres will be used if we won’t

We’ll see this summer. If someone can met bvb valuation and haaland want to go, i doubt he will stay. His agent is raiola. He can do everything to make sure he can add his pocket

If he stays another year that would be ideal. Increasing noise that Mbappe wants out & he has 1 year left on his contract so we could go for him, then Haaland release next year is £66mill so could potential get him then