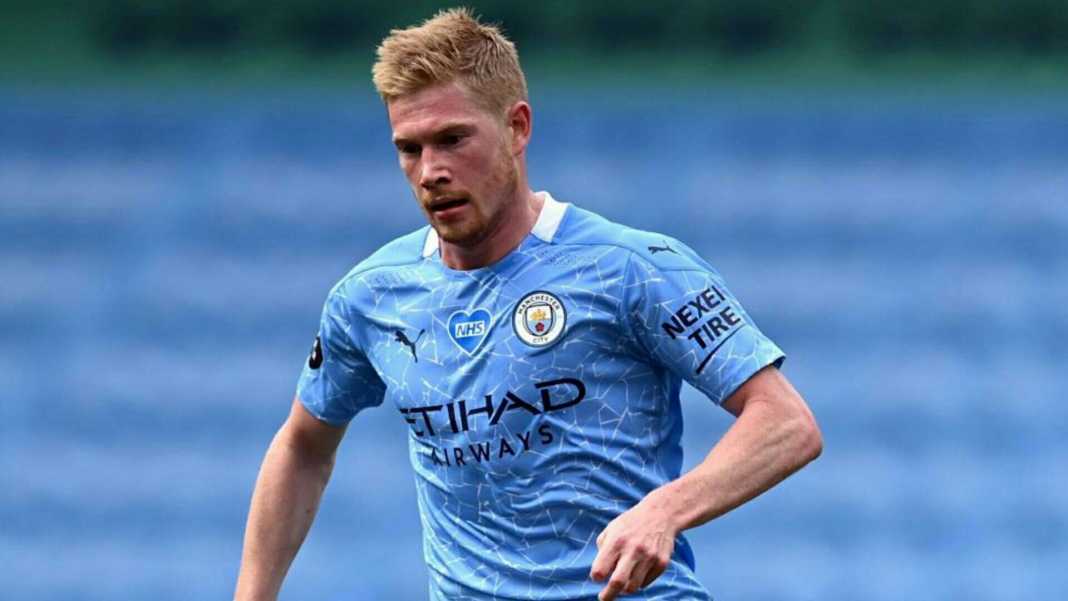 De Bruyne was forced to sit out City’s defeat to Chelsea last time out, with the club having cited a simple lack of match fitness as explanation.

The Belgian, however, has evidently still not returned to an optimal level, with Guardiola having confirmed on Thursday that De Bruyne is also set to play no part versus Newcastle tomorrow night:

‘He is still injured but he’s getting better.’

‘When he is fit he will come to training and the guys who are completely fit with 100% mentally and physicality will have a chance to play in the final.’

This comes with the Citizens of course still in the hunt for a treble, ahead of a Champions League final showdown with Chelsea at the end of the month, and there was a concerning sight for City fans.

Also Read
‘Why would he downgrade’, ‘pain pain’, ‘might just cry’ – Many Man City fans react as Barcelona ‘close agreement’ with Ferran Torres
‘Please no’, ‘would rather Nkunku or vlahovic’ – Some Man City Fans flock as Darwin Nunez transfer rumour emerges
Report: Pep Guardiola ready to sanction Raheem Sterling departure on one condition

According to Kristof Terreur of Het Laatste Nieuws as relayed by City Xtra, Manchester City’s medical staff are ‘taking no risks’ with De Bruyne, with his right thigh still ‘troubling’ the Belgian, while keeping in mind the club’s upcoming Champions League Final against Thomas Tuchel’s side.

In reaction to the news shared on Twitter by City Xtra, Many man City fans have been expressing their thoughts and opinions.

Please be back for the final

Relax, he’ll be back for the final

Man played the Watford just a day after getting kicked against Crystal Palace. There is no way he would miss CL Final 😏