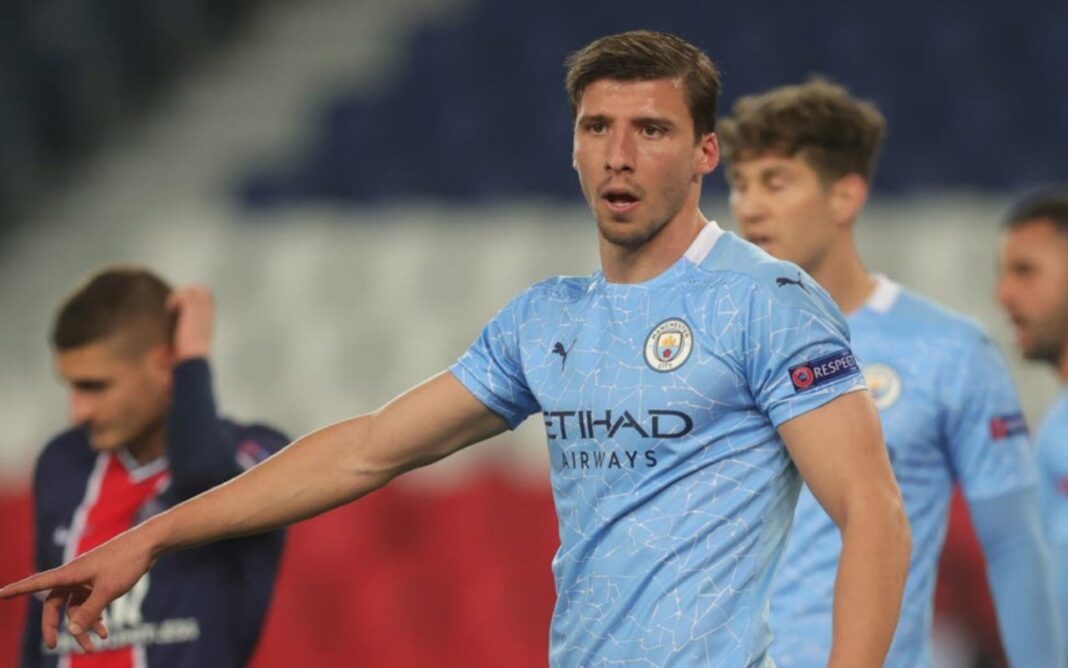 TalkSPORT host and Manchester United fan Andy Goldstein was so impressed with Manchester City defender Ruben Dias in the Champions League semi-finals that he said the Portuguese is better than Virgil van Dijk.

Neymar, Angel Di Maria and Mauro Icardi were all camped in and around the City penalty area, but Mauricio Pochettino’s side grew increasingly frustrated by the Dias-led back-line.

According to ESPN, the former Benfica man completed 100% of his tackles, maintained 90% passing accuracy, completed three clearances and made three blocks.

Also Read
‘So happy to see this’, ‘Would choose us’ – Many Man City fans react to Fabrizio Romano updates on Erling Haaland
‘Invest in a striker’, ‘can’t see anyone displacing Cancelo’ – Some Man City fans react as club ‘Drawing Up Plans’ on Left-Back Signing for 2022
‘Please no’, ‘would rather Nkunku or vlahovic’ – Some Man City Fans flock as Darwin Nunez transfer rumour emerges

“I thought they were absolutely brilliant. As bad as PSG were, you could argue that Man City made them look bad, City were fantastic,” Goldstein said on the Sports Bar.

“Ruben Dias, my goodness what a defender he is. Is he the best defender in the Premier League?

He added: “This Ruben Dias is a rock. He will die for the badge.”

At the age of 23, Dias has already restored the order, solidity and consistency that was lost alongside Kompany. He is in line to clinch the club’s Player of the Season award as they march towards a Premier League trophy and possibly a first Champions League triumph