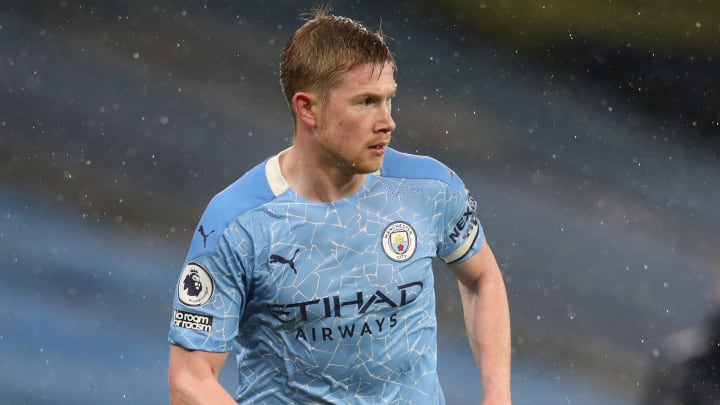 Pep Guardiola has confirmed that Kevin De Bruyne has returned to training for Manchester City and is available for the trip to Brighton on Tuesday – which have got some Manchester City fans talking.

The 29-year-old has missed City’s last two games with a muscle injury, giving City a scare ahead of the meeting with Chelsea in Porto on May 29.

But Guardiola said the 29-year-old has returned to training ahead of Tuesday’s trip to Brighton.

“Kevin has trained in the last two days and is feeling good,” the City manager said of De Bruyne.

“Everyone knows Kevin is important but we will see his level over the next few days and when he is ready to play.”

De Bruyne’s return to training means that Sergio Aguero is the only known absentee for Tuesday’s match.

Also Read
‘So happy to see this’, ‘Would choose us’ – Many Man City fans react to Fabrizio Romano updates on Erling Haaland
Report: Pep Guardiola ready to sanction Raheem Sterling departure on one condition
‘Invest in a striker’, ‘can’t see anyone displacing Cancelo’ – Some Man City fans react as club ‘Drawing Up Plans’ on Left-Back Signing for 2022

In reaction to the news shared on Twitter by City Xtra and City Chief, many Man City fans have expressed their thoughts and opinions.

Thank god for that.

WERE WINNING THE UCL

🙏🙏🙏🙏🙏🙏🙏 Feels better now… Should recover fully before featuring any game so that he can perform at his best come may 29th pic.twitter.com/kA8z8h7FrZ