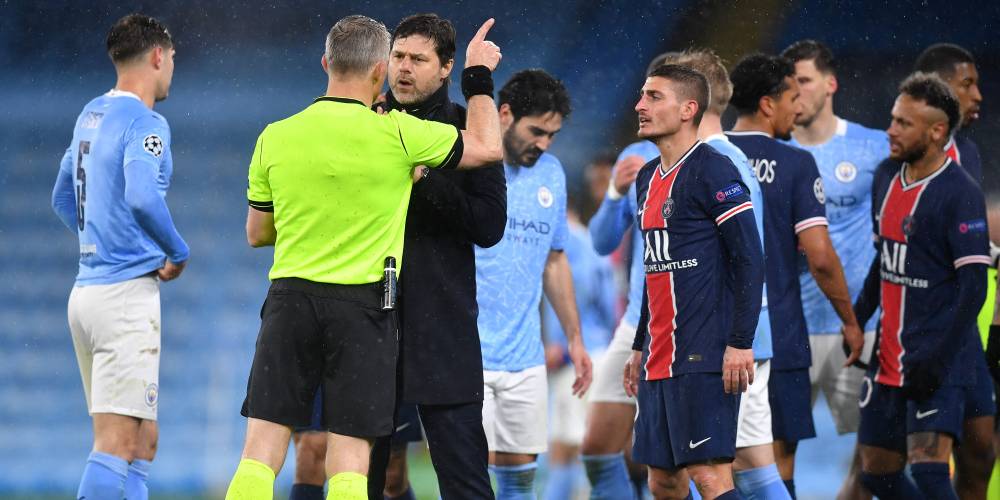 Marco Verratti was full of praises for Manchester City as as Pep Guardiola’s side progressed into the Champions League final on Tuesday night.

The 2-0 win against Paris St-Germain on Tuesday secured a 4-1 aggregate victory, and set up a final showdown against Chelsea or Real Madrid on May 29 in Istanbul.

PSG had their chances through Brazilian ace Neymar in the absence of Kylian Mbappe but he was stubbornly denied by the strong presence of Portugal’s Ruben Dias.

Verratti claims that PSG believed in their chances of turning the tie around all the way up until the 69th minute red card.

“We believed until the red card. We created a lot of chances. We played a lot better than them, but then we conceded a goal from the first chance they had, like in the first leg. But that’s how it is when you play big teams,” said Verratti after the match, as quoted by Manchester Evening News.

“We fought to the end. We can look each other in the eyes, having tried everything. That’s two years in a row we’ve reached the last four. We had a good run. I don’t know what to say: we wanted to reach the final and we couldn’t do it” he added.

Also Read
‘We’re massive’, ‘He is already a Mancunian’ – Many Man City Fans react to Guardiola’s comment on exit plan
Report: Pep Guardiola ready to sanction Raheem Sterling departure on one condition
‘Invest in a striker’, ‘can’t see anyone displacing Cancelo’ – Some Man City fans react as club ‘Drawing Up Plans’ on Left-Back Signing for 2022

“When you play against big teams, it’s impossible to attack for 90 minutes without suffering. We have to accept that. Today we played with a lot of personality. I don’t think City had a shot in the first half other than their goal. We have to believe because one day or another, it’ll happen for us.”

Although the Italian was quick to acknowledge that his side were in the tie for most of the 90 minutes, he also pointed out that City fully deserve to be heading to their first ever final.

“City deserve this too because they’ve been working with the same coach for six or seven years and this will be their first final. But we have to praise our run because in two years we’ve reached the final and the semi-finals. We have to continue, and our coach has only been here five months,” he further said.

Verratti’s comments have got some Man City fans talking, who took to the social media to express their thoughts and opinions, with some even suggesting that the club should sign him.

That’s the most backhanded compliment I’ve ever heard😭

Why are people trolling him. What he said is true. Pep addressed all our problems including his own one by one and it takes time

Very mature comment from Verrati a Proper player unlike the rest

Would deffo have him