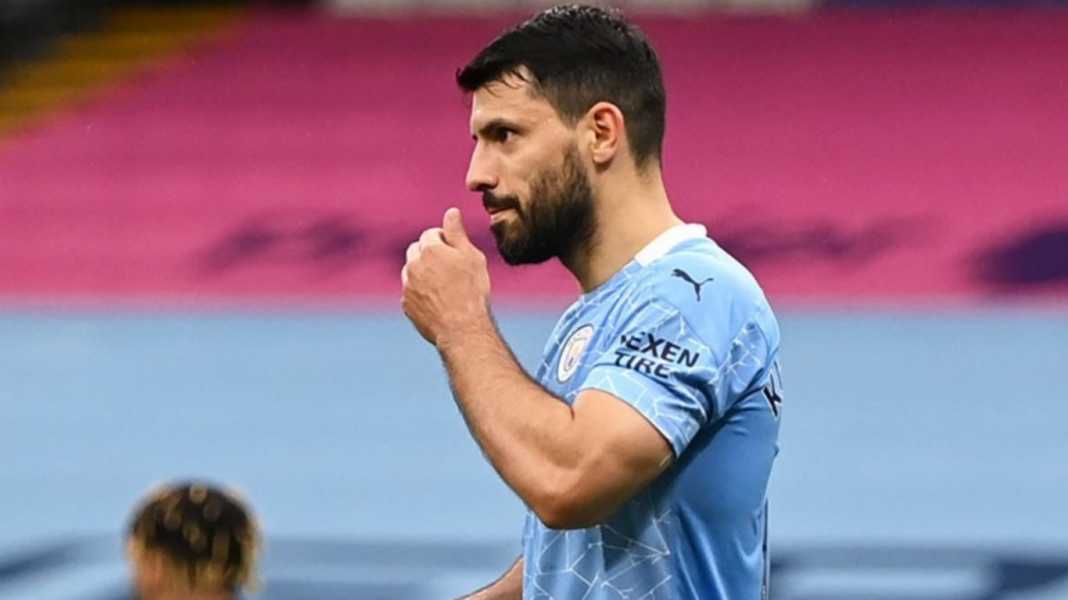 Sergio Aguero has apologised to Manchester City’s supporters after his attempted Panenka penalty, which was saved by Chelsea goalkeeper Edouard Mendy, ensured the club must wait to win a fifth Premier League title.

The Argentine striker, who will leave the Etihad Stadium at the end of the season, stepped up just before half-time looking to double City’s lead after Gabriel Jesus had been bundled over in the box by Billy Gilmour.

Had Aguero scored, City would have been 2-0 up just before half-time and would have been overwhelming favourites to finish the job against a Chelsea side they will face again in the Champions League final at the end of the month.

But, to the disbelief of all watching in the stadium and on TV, Aguero attempted a cheeky Panenka style penalty – only to see his tame chip easily saved by Chelsea goalkeeper Mendy. The miss would come back to haunt City as Thomas Tuchel’s side got back into the game, first equalising through Hakim Ziyech before stealing all three points at the death through Marcos Alonso.

Taking to his official Twitter page after the game, Aguero has now apologised for not taking the penalty in a conventional manner, admitting he’d made an error in judgment.

“I would like to apologise to my teammates, staff and supporters for missing the penalty,” Aguero’s post read. “It was a bad decision and I take full responsibility.”

In reaction to Aguero’s apology, Many City fans have expressed their thoughts and opinions.

No need to apologise its fine

Keep your head up Sergio, you’ll bury the next one! 👊🏻

It happens bro, you’re still our best ever player and the result won’t matter in the end. Head up and go and break Rooney’s record

Don’t worry Sergio. Will always be a true legend at this club 💙💙💙