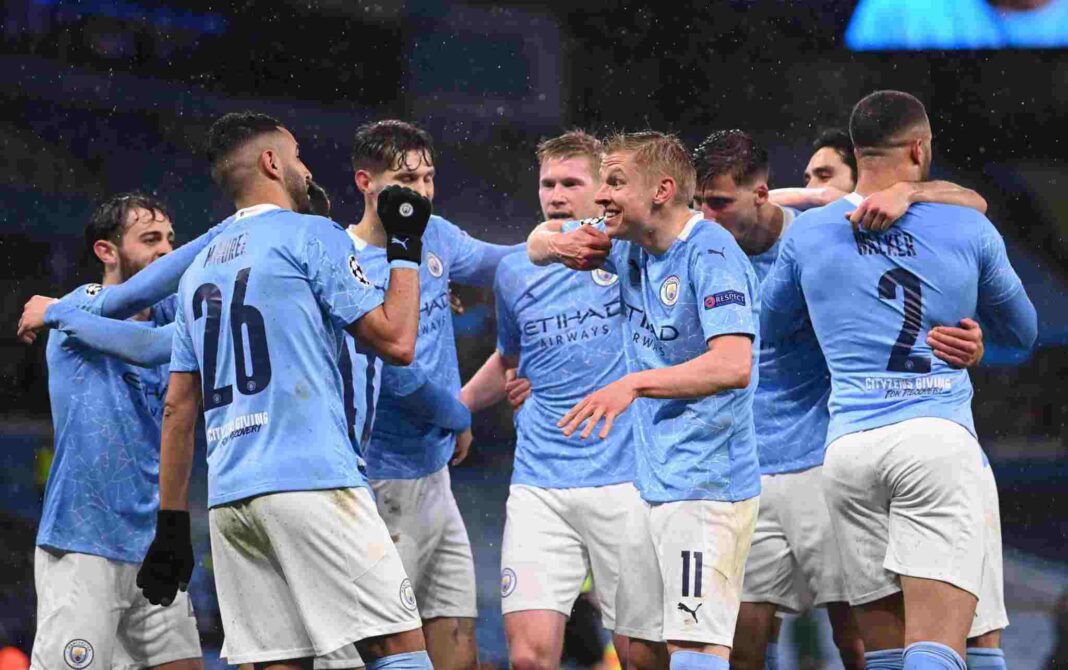 Riyad Mahrez admitted he is open to the possibility of ending his career at the Etihad – which have got some Manchester City fans talking.

Mahrez joined Pep Guardiola’s side from Leicester City in the summer of 2018 for £60million and has since flourished, helping them reclaim the title and reach the Champions League final this season.

The 30-year-old has been a vital player for the Citizens during the 2020-21 campaign, scoring 14 times and registering seven assists in 45 appearances in all competitions.

With two years to run on his current deal, the £120,000-a-week attacker was questioned on whether he wants a new challenge elsewhere but he insisted he was happy at the Etihad Stadium.

Speaking to RMC Sport, Mahrez said that he has no desire to look elsewhere, and he would personally prefer to end his career with the Cityzens.

He said: “My future? I feel very good at Man City. There is no desire to look elsewhere. I don’t know yet what my situation will be. But I’m happy at City, and that’s where I want to be.”

There has been speculation that Marseille are interested in signing him, but Mahrez is determined to stay put.

These Mahrez’s comments have got some Man City fans talking, who took to the social media to express yours thoughts and opinions, with many stating that they would absolutely love it if he were to stay at the Etihad for the rest of his career.

I feel like he’s really taken his game to another level this season💙 would absolutely love it if he were to stay here for the rest of his career pic.twitter.com/NjPxMxejJ9

Mahrez retiring as a city legend tears in my eyes 😭

Get this man an extension

I really hope he does…still alot to come from him

You are already a Legend brother. Bring the UCL back home kinggggg!!

Feels so good to see so many legends choose to play major portions of their career at City. Mahrez wants to retire at City, David Silva, Aguero, Yaya and Kompany, all spent so much of their prime with us. Feels unbelievable.