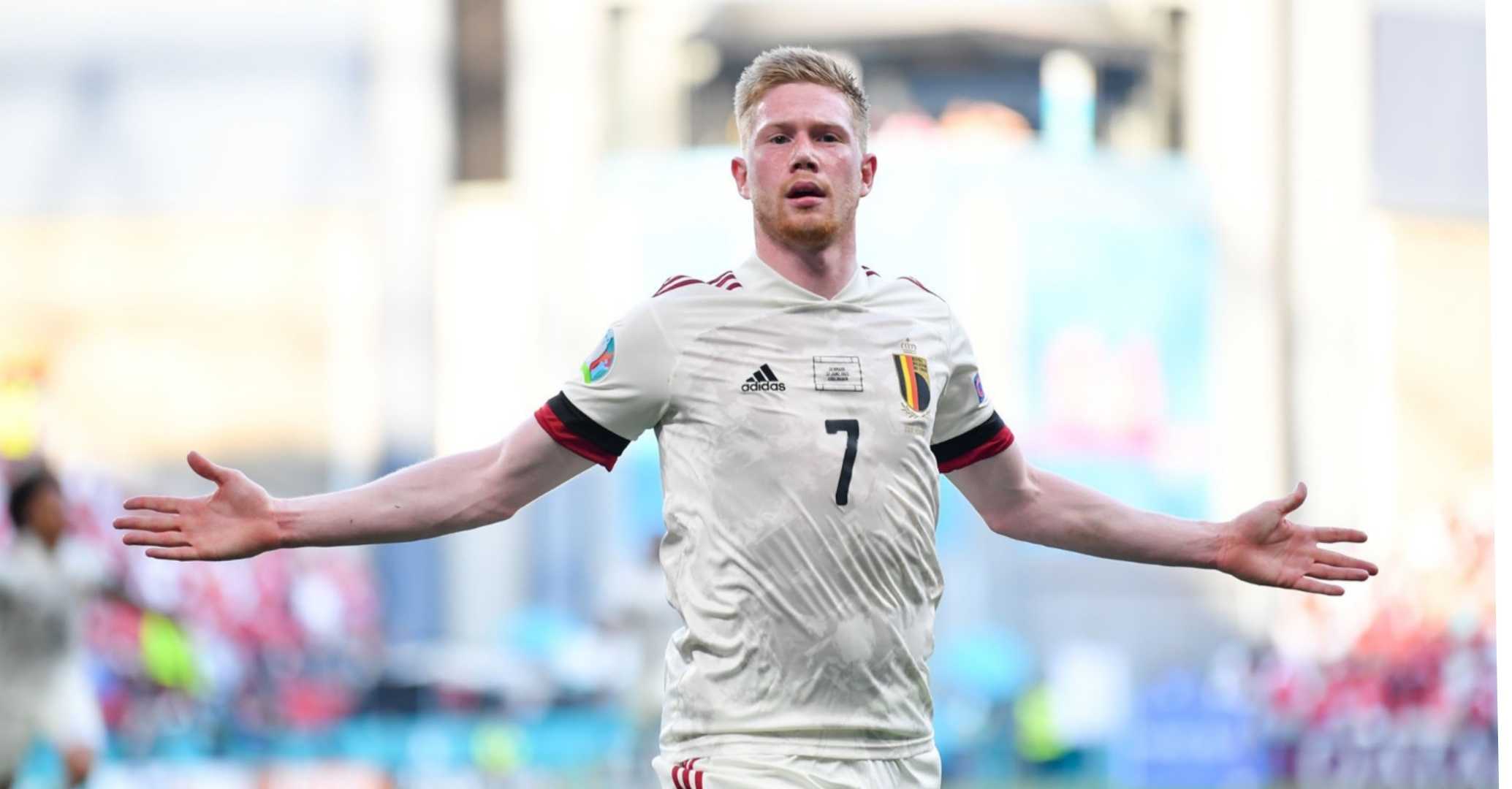 A section of Manchester City fans reacted to Kevin De Bruyne’s performance during Belgium’s 2-1 win over Denmark at Euro 2020 on Thursday.

Playing for the first time since suffering facial fractures during the Champions League final, the Manchester City playmaker set up Thorgan Hazard’s 55th-minute equaliser and then clinched a 2-1 Group B win with a stunning finish 20 minutes from time.

Belgium fell behind to a second-minute Yussuf Poulsen strike as the Parken Stadium in the Danish capital exploded with joy. The rest of the half was fairly quiet, with Denmark looking more likely to get the next goal. Mikkel Damsgaard jinked into the box but placed his effort narrowly wide of the far post.

And, after a patchy first-half display, Belgium sprung into life in the second half, with De Bruyne, who had been rested for the first half of the match, at the heart of the Red Devils’ best moves.

He had a part in their leveller on 55 minutes, forwarding a ball from Romelu Lukaku on for Thorgan Hazard to tuck away. The Manchester City man then put Belgium in front, a powerful low finish completing another dazzling team move, with Lukaku involved, producing some exceptional footwork to escape a tight corner.

With injury time approaching, the Red Devils were clinging on to their lead, and twice came close to conceding a late equaliser. Braithwaite saw his header clip off the bar after Andreas Olsen’s cross, and Mathias Jensen powered a strike just wide of the post.

Also Read
‘He is good’, ‘a Pep type player’ – Some Man City fans react as club in four-way fight for £50m PL Striker
Report: Pep Guardiola ready to sanction Raheem Sterling departure on one condition
‘Please no’, ‘would rather Nkunku or vlahovic’ – Some Man City Fans flock as Darwin Nunez transfer rumour emerges

But De Bruyne’s strike proved decisive as Belgium punch their ticket to the knockout stages, and many Manchester City fans have no doubt he is the best player in the world following his sublime return from injury.

kevin de bruyne is the best player of all time

Best midfielder in the world

If he doesn’t win the ballon d’or, its rigged