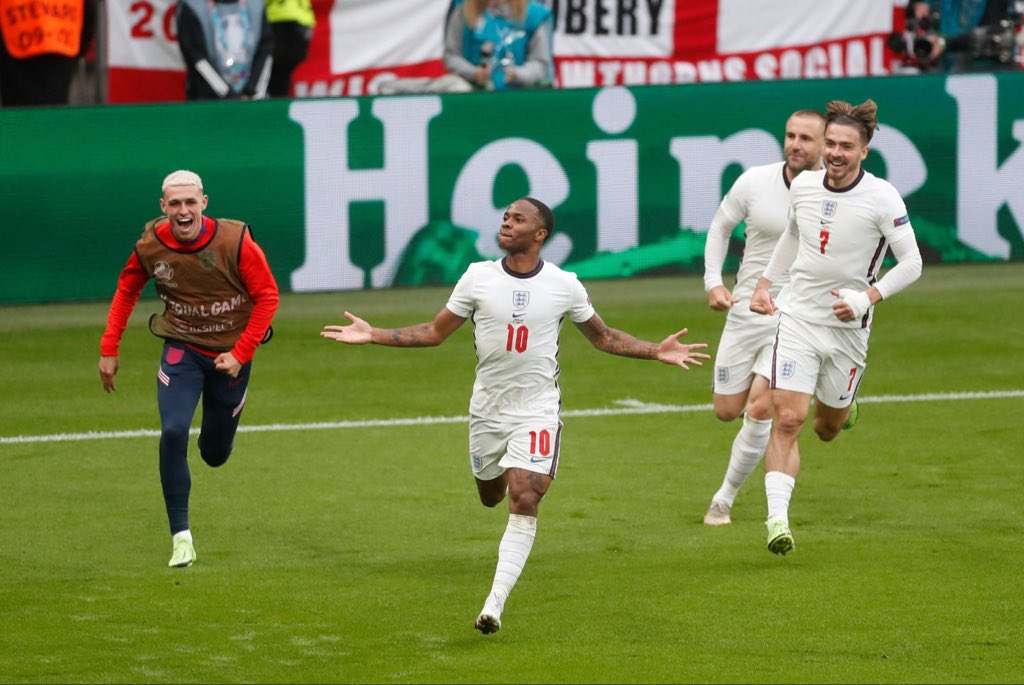 Rio Ferdinand has praised Raheem Sterling for his courage and bravery after he scored England‘s opening goal against Germany in the Euro 2020 last-16 tie – which has got many Manchester City fans talking.

The Three Lions indeed came away with a 2-0 victory, with Sterling finding the back of the net first, while Harry Kane broke his rough streak and closed the scoring with a fine header.

In what was arguably the biggest match of Euro 2020 to date, the entire nation was at the edge of their seats during a tense second half between England and Germany.

The contest had been a relatively even one, but England finally made a breakthrough through Sterling with little over 15 minutes still to play.

Sterling was one of England’s brightest attacking sparks, and the game’s opener was his third of the tournament.

Former Manchester United and England defender Ferdinand, who couldn’t hide his emotions, was the most jubilant of the lot, leaping up and down next to a devastated Jurgen Klinsmann.

“Can we put some more respect on Raheem Sterling’s name,” Ferdinand said after the game. “I think when any bright sparks were coming through this team it was coming through Sterling.

“A fabulous player who has the courage and bravery at all times to take the ball to the opponents and today again got us off the mark and got us on the way to the win.”

These Ferdinand’s comment has prompt plenty of Sky Blues to react on social media.

Best thing Rio has ever said

For once Rio talking sense

Completely agree, but it needs to come from someone who also deserves respect IE, not you