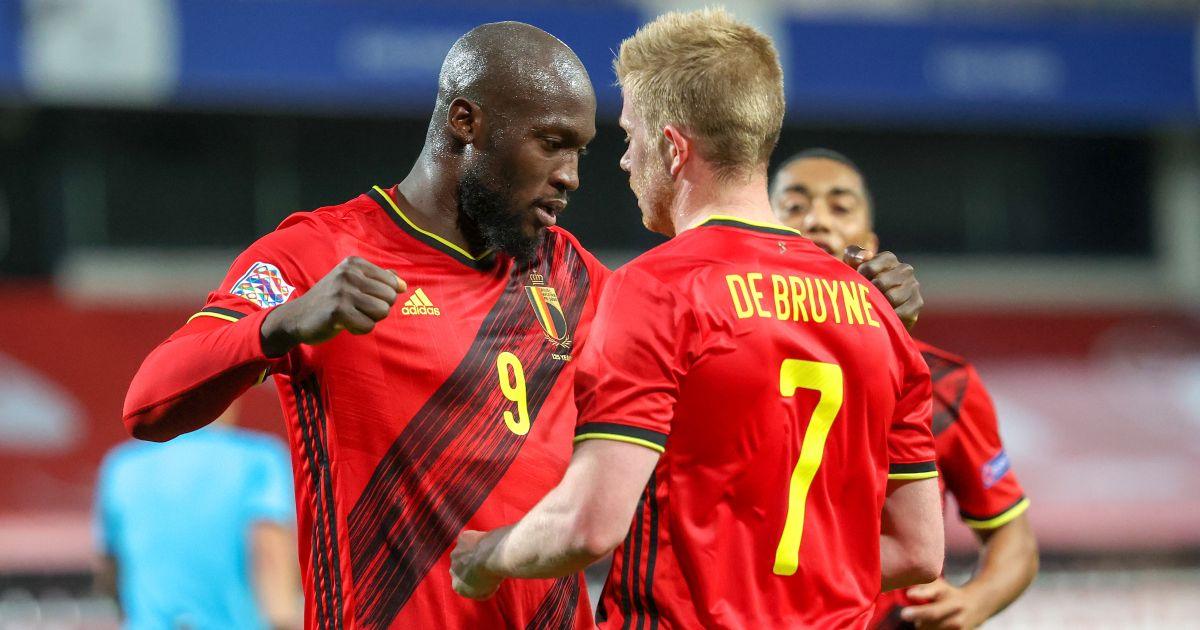 The duo, who have been electric for Belgium this summer, have been a key reason behind the Red Devils dominance in their Euro 2020 group, which has not gone unnoticed at the Etihad as they scour the globe for a ­centre-forward capable of filling Sergio Aguero’s boots.

City is prioritizing signing a No.9 this summer and hold an interest in Harry Kane and Erling Haaland, though both situations are more complicated than that of Lukaku.

The Cityzens are said to consider a move for the Belgium international their most realistic chance of signing a world-class attacker this summer as they know Tottenham are unlikely to deal with them over Kane and Borussia Dortmund are asking Haaland to give them one more season.

And Kevin De Bruyne believes Romelu Lukaku would guarantee 20 goals a season at any club in the world as Manchester City try to sign a marquee No.9.

“People give Rom a lot of stick and he is a victim on social media, but Lukaku is a striker who will score 20 to 25 goals for Man United – and any other club,” De Bruyne told the Sunday Mirror.

Also Read
‘Please no’, ‘would rather Nkunku or vlahovic’ – Some Man City Fans flock as Darwin Nunez transfer rumour emerges
‘Why would he downgrade’, ‘pain pain’, ‘might just cry’ – Many Man City fans react as Barcelona ‘close agreement’ with Ferran Torres
‘Invest in a striker’, ‘can’t see anyone displacing Cancelo’ – Some Man City fans react as club ‘Drawing Up Plans’ on Left-Back Signing for 2022

“His goal ratio is insane. He ­belongs to the best strikers in the world.”

Here’s what some fans had to say about De Bruyne’s comments on Lukaku on Twitter, with a few City supporters keen for the striker to join the club this summer…

bring him home then

Kdb badly wants him at city

Think it’s clear De Bruyne would have Lukaku over Kane anyway. I tend to agree.

why are we not going for him ffs, lukaku fits us perfectly