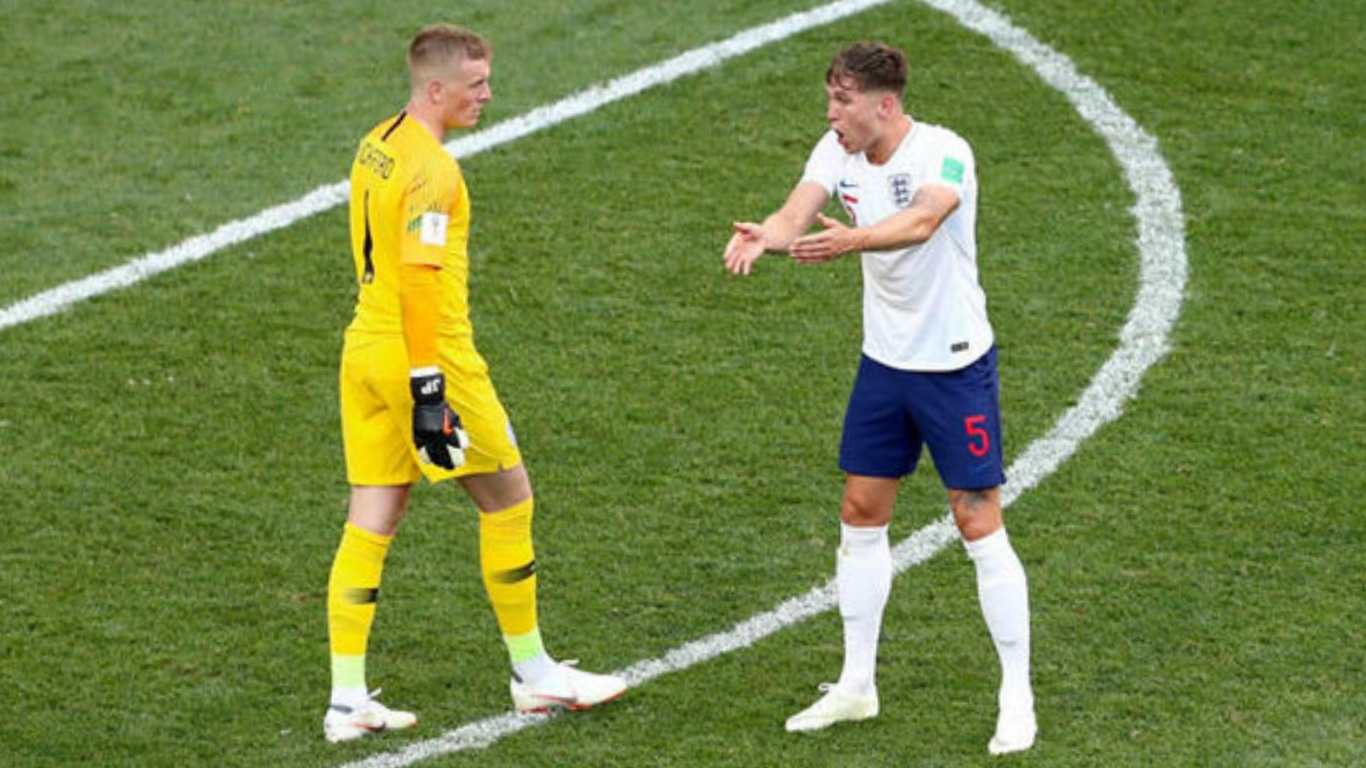 A lot of Manchester City fans have been reacting to a post on Twitter which relays the reasons behind Jordan Pickford and John Stones ‘little argument’ during England’s 1-0 win against Croatia at Euro 2020.

The Everton goalkeeper and Manchester City centre-back were involved in an on-pitch argument over long balls during England’s Euro 2020 opener on Sunday.

According to The Telegraph, the duo appeared to be involved in a heated debate towards the end of the first-half over the goalie looking to go long and the Man City defender wanting the ball at his feet.

Gareth Southgate has sent a message to the Everton star and his Man City counterpart, insisting such tactics could be deployed as and when deemed fit.

“I think they were just deciding, we give them pictures and it depends how the opposition press and there were times where it was on to take on,” the England boss replied when asked whether Pickford and Stones were debating the use of long balls.

“We don’t have as long to work on those patterns playing from goal kicks as you do at a club, and also we’re one mistake away from it being more costly, across 38 games that’s different. Those guys are able to make those decisions.

Also Read
‘Please no’, ‘would rather Nkunku or vlahovic’ – Some Man City Fans flock as Darwin Nunez transfer rumour emerges
‘So happy to see this’, ‘Would choose us’ – Many Man City fans react to Fabrizio Romano updates on Erling Haaland
‘Invest in a striker’, ‘can’t see anyone displacing Cancelo’ – Some Man City fans react as club ‘Drawing Up Plans’ on Left-Back Signing for 2022

“We give them possible patterns depending on how the opposition are pressing, there was a little spell where we went long and we just talked about that at half-time.

“We didn’t want to do that every time. But there are moments to go longer – we’ve got a centre forward who wins more of his share of the ball.

The news was shared on Twitter by City Chief, and it attracted plenty of attention from the fans, who took to the social media platform to share their thoughts on the speculation.

he’s right, the entire backline can pass and receive the ball Pickford would actually be the problem there lmfao

Hoof ball doesn’t work where Stones is from 😉

Not everyone will understand City standards Stonesy…just take a chill pill you are doing great!

He has to understand that he trains under pep.. while the other guy just vibes at everton