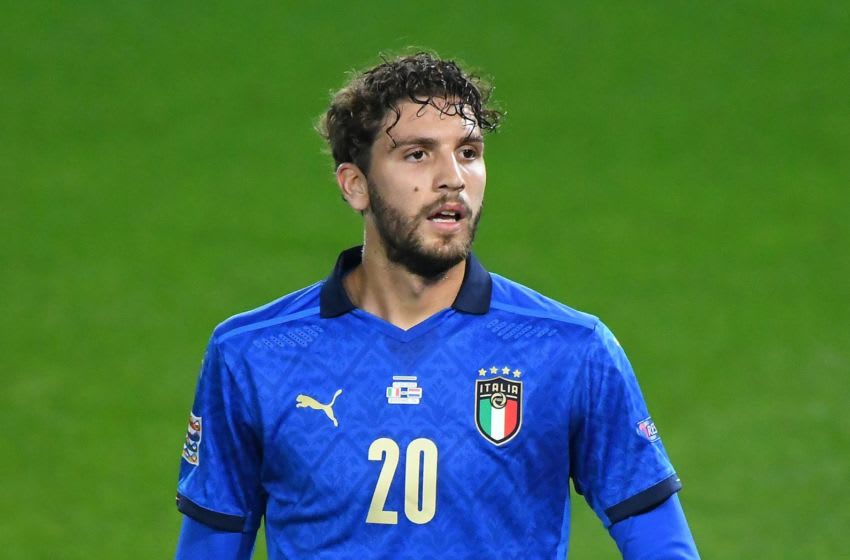 Manchester City-linked Manuel Locatelli has claimed that he’ll talk about a transfer with Sassuolo after Euro 2020 – which have got some of the club’s fans talking.

The midfielder, who is expected to leave the Serie A side this summer after an outstanding 2020/2, has been linked with a raft of clubs all across Europe, including Manchester City.

In an interview, the Italy international has claimed that he knows what he has to do in July. The star has also spoken to the board over his future.

“It’s just talk. There’s such an important competition to play in, and I’m only focused on this, Locatelli said in a press conference today.

“I rely on what happens on the pitch, the real things. Everything else is just gossip, it’s useless to talk about it.

“It’s normal that there are market rumours, but the maturity I’m talking about is the step where I don’t allow myself to be influenced.

“I know that I will have to make some decisions after the European Championship. I talked to (Sassuolo CEO Giovanni) Carnevali, we are aware of the path to take.”

Locatelli’s agent confirmed in January that the Citizens were ‘monitoring’ his client. However, he is also being chased by Juventus and Real Madrid this summer.

Locatelli has experienced a solid season in Italian football as he was responsible for putting in a series of consistent performances at the centre of the Sassuolo midfield. He helped the Black and Greens finish eighth in the division.

The Italian talent appeared in 34 matches for his current employers last season, scoring four goals and picking up three assists in league football.

The Italian is good enough to play for any team on the planet. He is excellent when played as a 6, which he often is for Sassuolo, or as an 8, where he usually plays for Italy.

This could make him the perfect replacement for Fernandinho at Manchester City.

These Locatelli’s comment on his future has prompt plenty of Sky Blues to react on social media.

He is unreal but too similar to Rodri

This guy looks like will go to Juve. Will see. To be honest and what for City is better, I will sign Bissouma 🇲🇱.

Share
Facebook
Twitter
Pinterest
WhatsApp
Previous article‘They better’, ‘Wouldn’t even mind’ – Fans reacts as Barcelona to willing to sell some players for pursuit of Man City star
Next article‘Needs to be starting for us’: Some Manchester City fans wowed by star’s ‘unreal’ display for his country