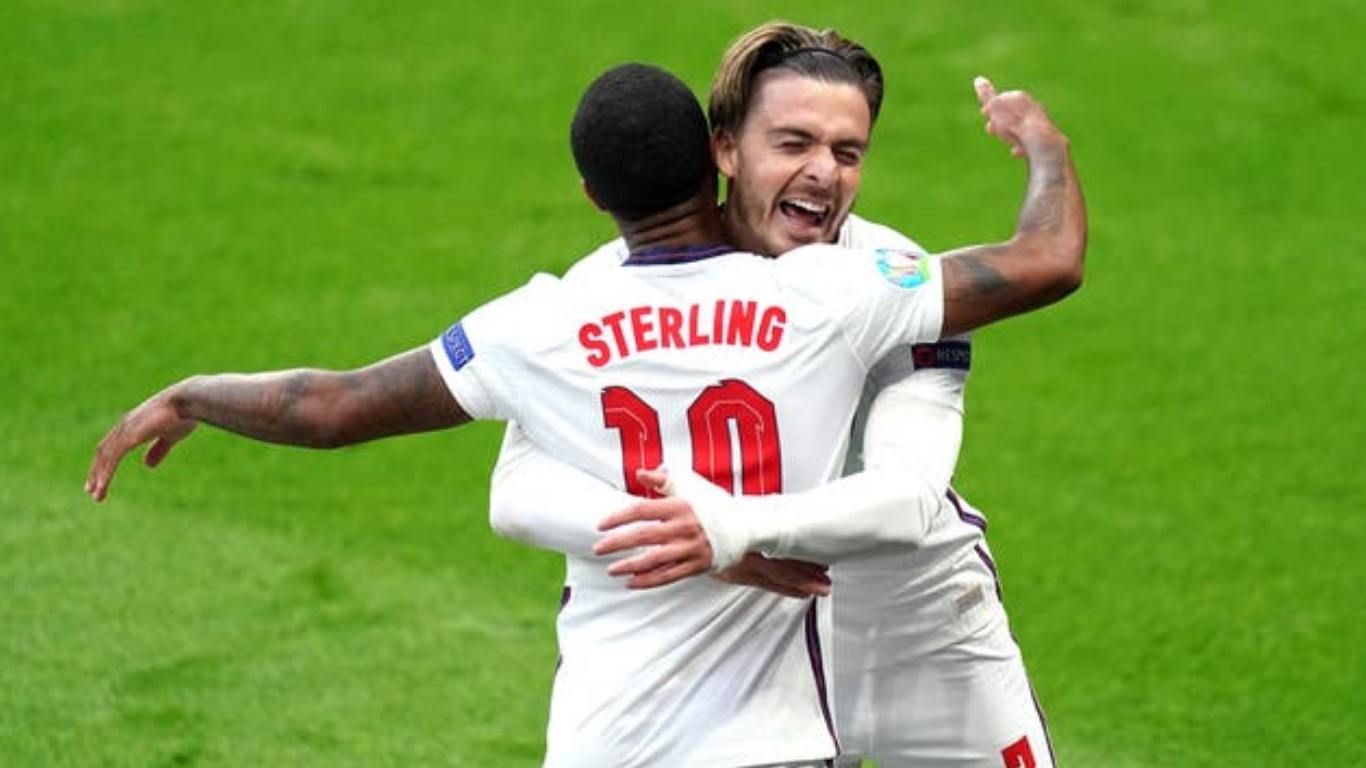 Manchester City fans agree on one transfer demand after Raheem Sterling strike secures the top spot in Group D for England with a 1-0 win against the Czech Republic.

Aston Villa mildfielder Jack Grealish, who have been heavily linked with a move to the Etihad, provided Raheem Sterling with a delightful assist.

The header at the far-post from Jack Grealish’s cross in the 12th minute moved England onto a path where its only game away from Wembley will be a potential quarterfinal match in Rome.

Home comforts should certainly help Sterling, who grew up in the shadow of the Wembley arch and is proving to be England’s game-changer.

The Manchester City player is stepping up as 2018 World Cup Golden Boot winner Harry Kane endures a barren run in front of goal.

But is the link between Sterling and Grealish, which didn’t go unnoticed by the City faithful, who were quick to take to social media to speculate over the partnership the pair could develop if Guardiola does swoop for the creative midfielder this summer.

Also Read
‘So happy to see this’, ‘Would choose us’ – Many Man City fans react to Fabrizio Romano updates on Erling Haaland
‘He is good’, ‘a Pep type player’ – Some Man City fans react as club in four-way fight for £50m PL Striker
Report: Pep Guardiola ready to sanction Raheem Sterling departure on one condition

Here’s what some Man City fans on Twitter had to say about Grealish-Sterling link-up:

That Grealish to Sterling link up is going to look good next season at City.

i hope pep is seeing this

Grealish and Sterling link up. Hope we are able to see it more often at City. Fingers crossed. 🤪

Pep Guardiola has spoke of his admiration of Grealish before, there is nothing more in it. Manchester City’s priority this summer is to buy a striker.