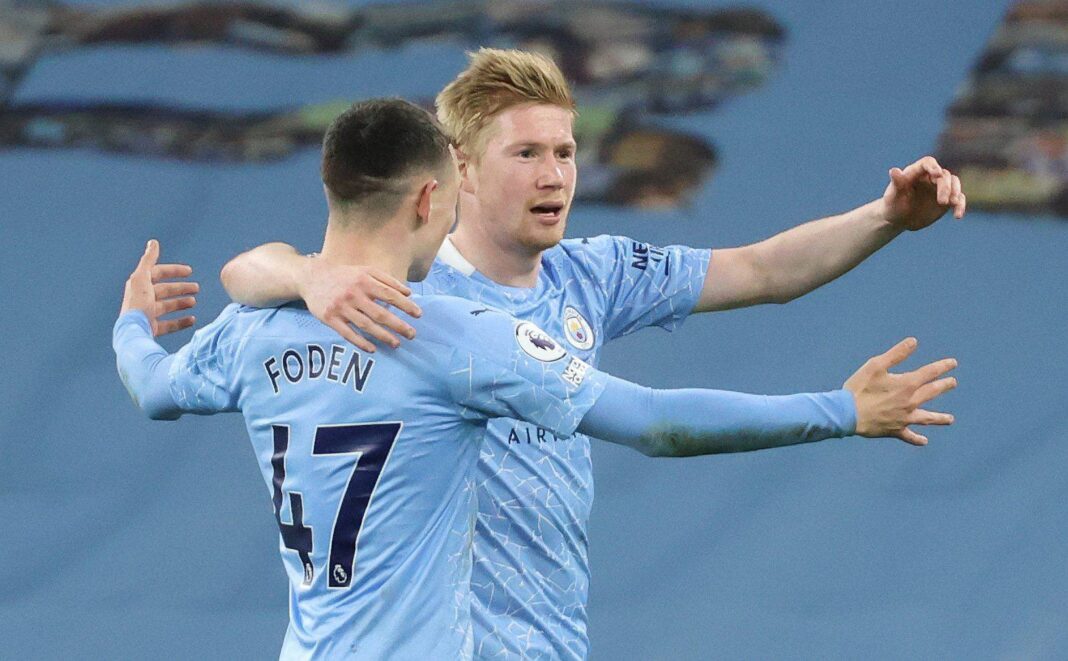 Phil Foden has won the PFA Young Player of the Year award after a fantastic season with Manchester City.

The 21-year-old is a product of City’s academy but has now firmly established himself as a first-team player, becoming one of Pep Guardiola’s most trusted lieutenants this season.

Foden shone during City’s triumphant Premier League campaign, netting 16 goals and nine assists across all competitions, picking up a Premier League and EFL Cup trophy along the way. His performances earning him the PFA Young Player of the Year award.

The 21-year-old was voted PFA Young Player of the Year on Sunday evening, beating the likes of Mason Mount, Trent Alexander-Arnold, Declan Rice and Bukayo Saka.

“I’m really honoured. There’s been some great players in the past who have won it. I feel really lucky to win because there are some great young talents this season. I am feeling really happy – It’s a special moment,” Foden told City in-house media.

“Obviously, it’s really nice to get praise, but you have to keep your feet on the ground and show with your performances on the pitch.

Also Read
‘What’s wrong with us’ – Some Man City fans fume as report details Pep’s plan for January
‘Please no’, ‘would rather Nkunku or vlahovic’ – Some Man City Fans flock as Darwin Nunez transfer rumour emerges
‘We’re massive’, ‘He is already a Mancunian’ – Many Man City Fans react to Guardiola’s comment on exit plan

“This year I’ve tried to show that in every single game and try and give the best performance I can.

“It’s been a great season for me.”

Foden has cemented himself as a fan favourite amongst supporters, and supporters on social media were buzzing that Foden was named PFA Young Player of the Year.

He’s the next big thing after Messi. Congrats Phil.

Continue like that and put more effort, keep it up