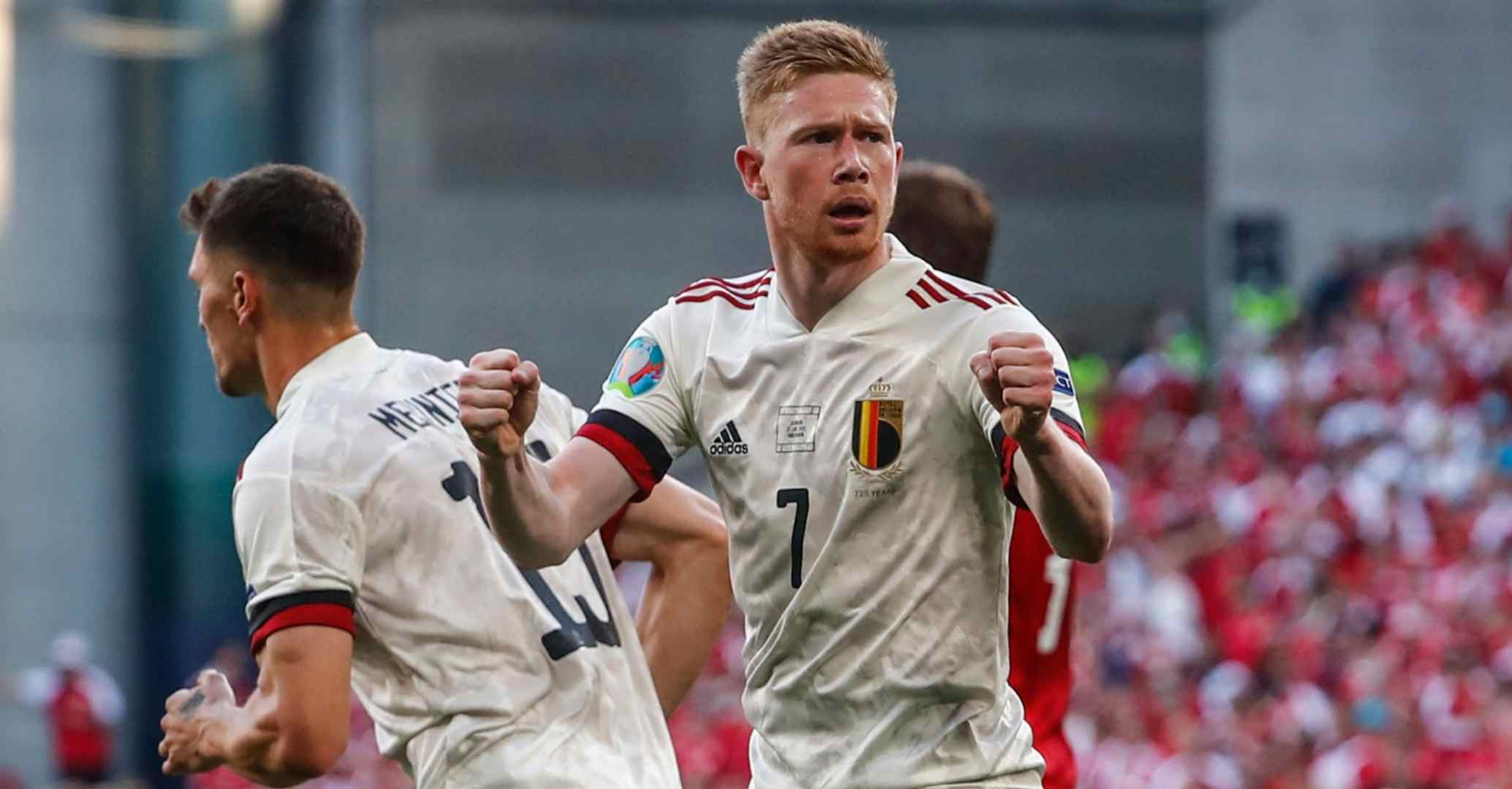 A number of fans have been reacting to a comments from Kevin De Bruyne after the Manchester City Mildfielder’s masterclass puts Belgium into knockout round.

The City midfielder said he did not celebrate his winning goal against Denmark in Copenhagen on Thursday out of “respect” for the home fans following the collapse of Christian Eriksen last week – which have got many fans talking.

Denmark, playing for the first time since the loss of Eriksen to a cardiac episode in their opener on Saturday versus Finland, had a dream start.

Only 90 seconds into the match, Tottenham Hotspur midfielder Pierre-Emile Højbjerg intercepted a poor clearance from Jason Denayer and played Youssef Poulsen in alone behind the Red Devils’ defence. The RB Leipzig forward made no mistake, hammering home past Thibault Courtois to give Denmark a quick 1-0.

In the 10th minute, the whole stadium stopped to pay a touching tribute to Christian Eriksen, whose career seems in jeopardy after the last tests he underwent following his shocking collapse in his side’s Euro 2020 opening game. Belgium purposely played the ball out to allow both countries a minute of applause.

Roberto Martinez’s Belgium were trailing 1-0 at half-time when Manchester City’s De Bruyne was introduced into the game.

Also Read
‘Please no’, ‘would rather Nkunku or vlahovic’ – Some Man City Fans flock as Darwin Nunez transfer rumour emerges
‘So happy to see this’, ‘Would choose us’ – Many Man City fans react to Fabrizio Romano updates on Erling Haaland
‘Perfect asking price’, ‘Take it or leave it’ – Man City Fans react to the Club’s asking price for Ferran Torres

The playmaker, who has been recovering from a fractured eye socked and nose sustained in the Champions League final, laid on an assist within ten minutes of his arrival, and won the game for Belgium with a fine finish midway through the half.

The Manchester City star did not celebrate his winning goal out of “respect” for the home fans following the collapse of Christian Eriksen last week.

“(Coach) Roberto Martinez got me into the game by asking me to create space. I scored,” De Bruyne told RTBF.

“But I didn’t want to celebrate that goal. I have too much respect for the Danish fans.”

“We can be happy. We knew that there would be difficult moments against Denmark and in front of this crowd, with everything that happened.”

De Bruyne’s emotional comments have attracted plenty of attention from the City supporters as well as fans of other clubs, and they took to Twitter to share their thoughts.

He made not celebrating look so cold

Love him even more now than I already did 😍🇩🇰🇧🇪

my respect to kdb: 📈

Best midfielder in the world for a reason.

Respect to you,always a class act,on the pitch and towards other players.

Give him the Ballon Dor already🙌🏾