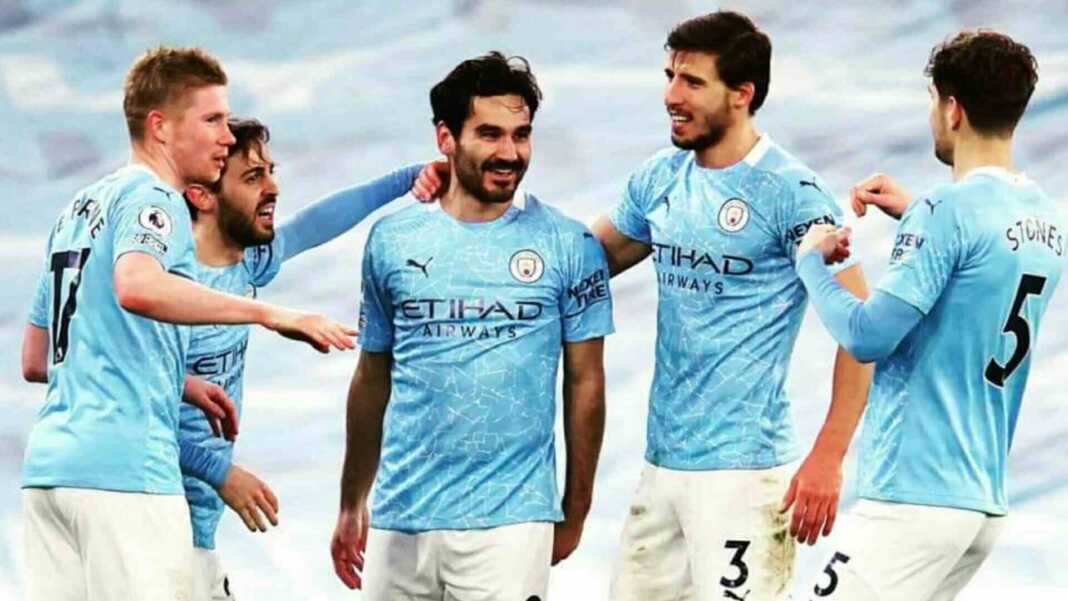 Manchester City fans have been reacting to a post on Twitter which relays a report that claims Ilkay Gundogan has no plans to extend his contract for the foreseeable future.

With two years remaining on his contract, City remain in a relatively strong position with regards to his future

According to The Sun, Gundogan remains happy at the Etihad but has made no secret of his admiration for Barcelona, and is aware that the La Liga club have been monitoring his situation.

The report claims the playmaker is keen to keep his options open with Barcelona said to be contemplating an approach for his signature.

While any transfer is unlikely to take place this summer, the Catalan giants may look to exploit an opportunity to sign Gundogan for a cut-price fee in 2022.

Gundogan has just enjoyed his best campaign at Man City with 16 goals being netted in the Premier League and Champions League.

In reaction to the report shared on twitter by City Xtra, many Manchester City fans have been sharing their thoughts and opinion.

Happily sell him if his heads’s been turned.

I will understand if we sell Gundogan to barca at a good price. He's 30+ and I don't think he can replicate the performance he gave us this season. But is a no for bernado silva

It wouldn't surprise me to see him go. In terms of age profile within the squad, and with the time left on his contract. It marks a bit of a turning point for the club, maybe like Sane, the Aguero saga too – they'd rather players leave for cash rather than under market value/free

Why is he even contemplating downgrading to that small club man

This a good question. But I have another one, how will pay Barça to City at least €40m for him? 🤔 At the moment Barça can get players free agent, like Agüero 🇦🇷, Garcia 🇪🇸, may be Depay 🇳🇱. They can not buy any player and even less renewing Messi 🇦🇷. As well I saw Laporte 🇪🇸🤦🏽‍♂️

Share
Facebook
Twitter
Pinterest
WhatsApp
Previous article‘Needs to be starting for us’: Some Manchester City fans wowed by star’s ‘unreal’ display for his country
Next article‘No way’, ‘there are players in other teams’ – Fabrizio Romano’s news has many Man City fans talking