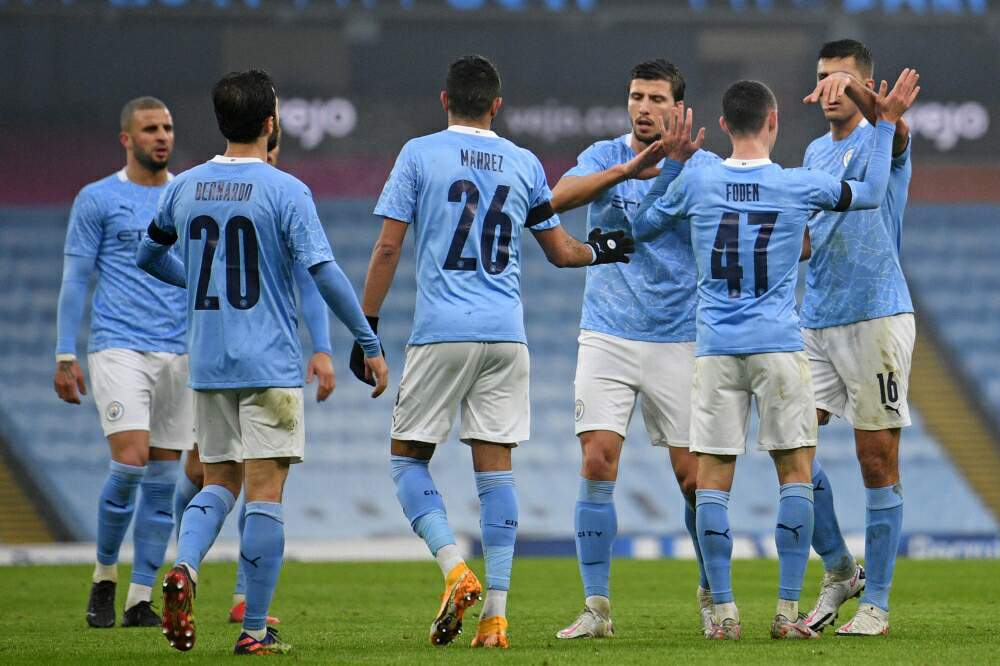 Manchester City fans have been reacting to a post on Twitter which relays a report that claims Riyad Mahrez faces an ‘uncertain future’ at the Etihad Stadium.

The Algerian is just one of Manchester City players being linked with summer transfer exits, including Aymeric Laporte and Raheem Sterling.

This summer is slightly different, though, although the hunt for a new striker to replace Sergio Aguero is dominating the gossip columns.

That is because in order to fund a big move for someone like Harry Kane, Erling Haaland as well Jack Grealish, there are growing reports that City might be open to selling some senior players in the transfer window.

According to Mark Ogden of ESPN, Man City’s pursuit of for new players could be funded by the departure of at least one high-profile forward, with Riyad Mahrez and Raheem Sterling facing an uncertain future.

The Premier league champions could raise £100M+ if both players as well as Aymeric Laporte move on this summer.

The report claims Mahrez is ‘not guaranteed’ to be at the Etihad next season, despite his Uefa Champions League performances.

Mahrez, who is far from a guaranteed starter at City enjoyed a brilliant end to last season, scoring in both legs of the Champions League semi-final with Paris Saint Germain.

He started the final with Chelsea, however, failed to make a telling impact on proceedings.

Txiki needs to be sacked asap

That's ridiculous
Why should we sell Mahrez??
Actually Mahrez took us to the UCL final

We shouldnt even be selling them in the first place