‘No thank you’, ‘we’re fine’, ‘we’re not charity’ – Fans reacts as Barcelona keen to sell £21.5m mildfielder to Man City 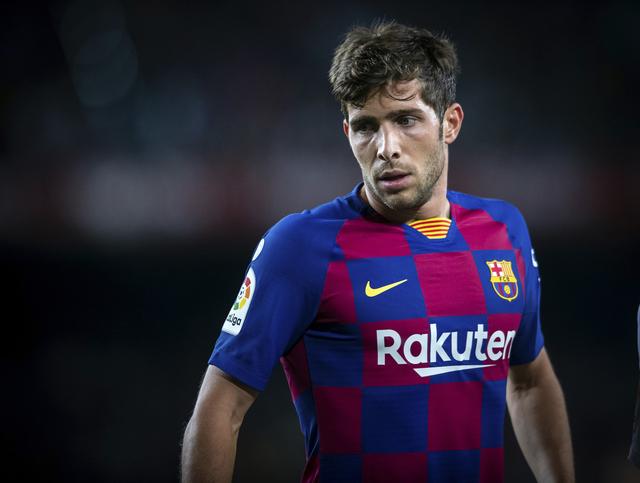 Manchester City fans have been reacting to a post on Twitter which relays a report that claims Barcelona have repeatedly contacted the club this summer to discuss a transfer for Sergi Roberto.

The 29-year-old only made 20 appearances for Ronald Koeman’s side during the 2020-21 campaign, with the midfielder struggling to overcome muscular and hamstring injuries.

Roberto only has one year left to run on his contract at Camp Nou, and a recent report claimed that Barcelona were keen to tie him down to a two-year extension.

However, according to Mundo Deportivo, Barcelona have offered Sergi Roberto to Manchester City, as the Catalan outfit are keen to move the Spaniard on during this summer’s transfer window.

The report claims that Koeman’s team are open to Roberto signing a new deal, but they are prepared to sell him this summer and believe that there is interest from the Premier League champions.

Inter Milan are monitoring developments and have so far only gathered information on the full-back. Barcelona would request €25m (£21.5m) to sell Roberto, per ESPN, who is one game shy of 200 La Liga appearances.

We are not a waste bin for barca I’m sorry

Don’t believe everything the media says