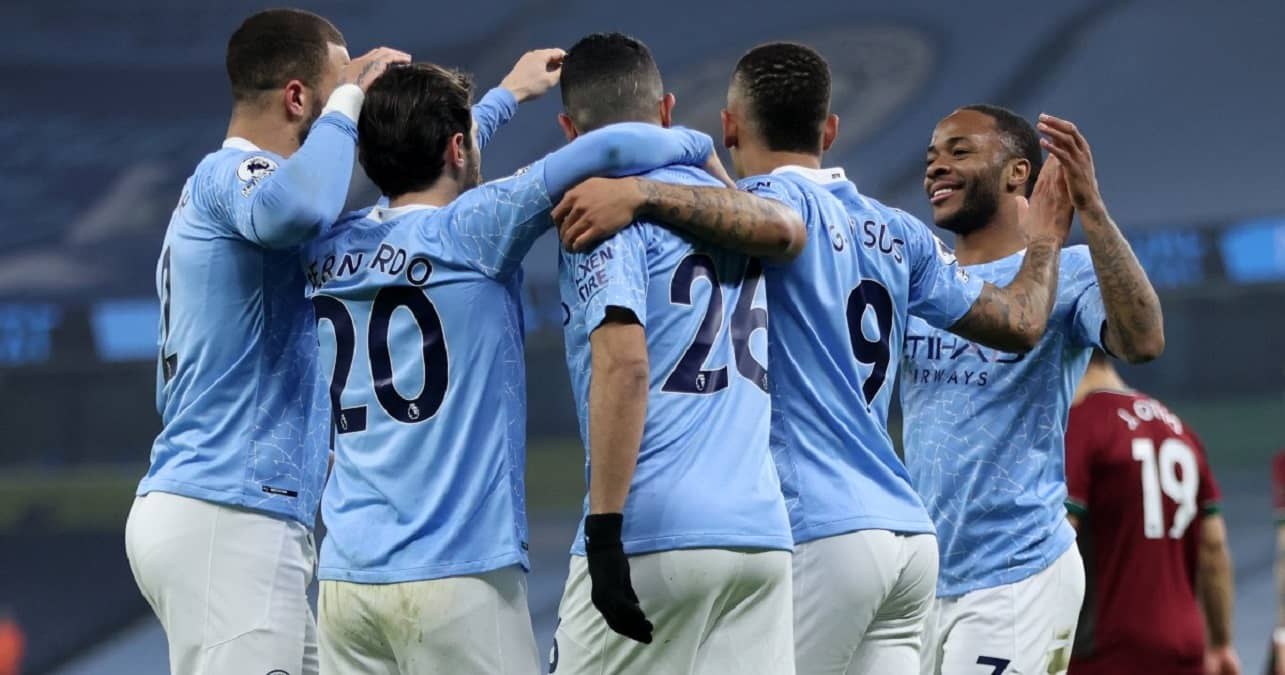 Manchester City Fans have been reacting to a post on Twitter, which relays a report that claims Riyad Mahrez has left his employers delighted with his recent comments over his future at the club.

The Algeria international has been linked with a whole host of clubs, with FC Barcelona, Arsenal, and Tottenham all been credited with some level of interest.

The former Leicester City Man has dismissed claims he will move clubs this summer and has committed his future to Manchester City with the goal of lifting more trophies with the side.

The forward has said he “doesn’t see higher” than the reigning Premier League champions after winning a hoard of trophies since signing for the side in 2018.

“What if I want to go higher? I do not see what is higher [than Manchester City ], he said in an exclusive interview with Oui Hustle this week.

“To try another championship [elsewhere]? No. I really love England and English football is wonderful. I don’t want to leave. I still have goals to pursue here.

Also Read
Report: Pep Guardiola ready to sanction Raheem Sterling departure on one condition
‘We’re massive’, ‘He is already a Mancunian’ – Many Man City Fans react to Guardiola’s comment on exit plan
‘Please no’, ‘would rather Nkunku or vlahovic’ – Some Man City Fans flock as Darwin Nunez transfer rumour emerges

“When you see Guardiola wants you, it’s flattering. The acclimatisation here was not easy, but our relationship today, everyone knows [is great].”

According to Simon Bajkowski of Manchester Evening News, Mahrez’s desire to stay put at the Etihad Stadium has delighted the club hierarchy, who would now like to put an end to the uncertainty around his future at the club by offering him a contract extension.

The report claims City will put a new package together in an attempt to keep the Algeria international beyond 2023 when his current deal is set to expire.

Mahrez signed a five-year contract on his arrival at the Cityzens from Premier League rivals Leicester City in 2018.

The winger struggled to establish himself as a regular starter in Pep Guardiola’s squad at first but last season nailed himself down as an important member of the team.

Mahrez played 48 times for City in the 2021/22 season, helping the club to a Carabao Cup and English Premier League double. The 30-year-old also scored four important goals for City in their run to the UEFA Champions League final which ultimately ended in defeat to Chelsea.

The report was shared on Twitter by City Xtra, and it attracted plenty of attention from some fans, who took to the social media platform to share their thoughts.

Loool talk for yourself not “we”