‘Just pay whatever they want’, ‘Give them Mendy’ – Man City Fans reacts as Journalist provides update on Nuno Mendes 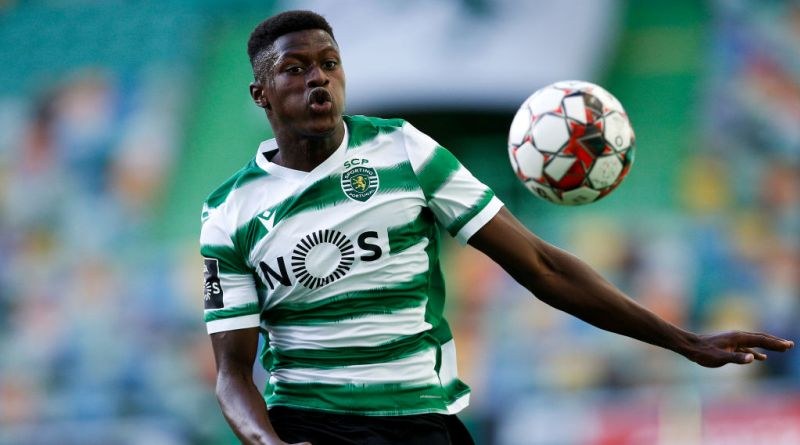 Manchester City Fans have been reacting to a post on Twitter, which relays a report that claims the club have make Nuno Mendes a ‘top’ target but won’t match Sporting Lisbon’s asking price for the left-back.

The Sporting youth academy product was a breakout star in Primeira Liga last term. He became an ever-present figure for a team that broke Benfica and FC Porto’s dominance in Portuguese football by winning the league title whilst remaining unbeaten in the process.

According to transfer guru Fabrizio Romano, the 19-year-old is regarded as a top talent by City, who are looking to sign him.

However, but the City board have ‘no intention’ of paying the full €50m price tag that the Portuguese side have priced the youngster at.

Also Read
‘Doesn’t matter to Pep at all’ – Man City fans react as Premier League set for U-turn on substitution rule
‘Knows ball’, ‘He is the blueprint’, ‘benchmark for the next gen’ – Many Man City fans react as rising star idolises Kevin de Bruyne
Report: Man City set sights on 22-year-old Crystal Palace star with second most tackles in the PL this season

Manchester City are interested in signing Nuno Mendes. He’s considered a top left back for the future – but City board have no intention to pay full €50m price tag to Sporting. 🔵🇵🇹 #MCFC

Sporting are not accepting any proposal around €30m, as of today. Race still open.

Give them Mendy and Porro that’s a deal

we’re making so much money but scared to spent it, ffffffssss

Just pay it. Idc anymore just pay whatever they want

I don’t want him. Too much for him and there are better options. I even want to give zinchenko a shot because he had a fine season with us and a great euros. Spend the money on Kane please

We already knew this news for a month or two. we won’t be getting him because they won’t sell him for anything less. So we gotta hope Mendy turns it around like John stones did last season but we have zinny and he is a solid left back

Quietest summer for us in a long time… So far.

Its seems we’re not getting anyone

The breakout of Joao Cancelo last season was a blessing for the Citizens. But after selling Angelino to RB Leipzig permanently, they do not have a reliable alternative other than the injury-prone Mendy and Oleksandr Zinchenko.

It is no secret that the young Ukrainian favours playing in a central midfield role, so Manchester City’s desire to sign someone like Mendes certainly makes sense this summer.